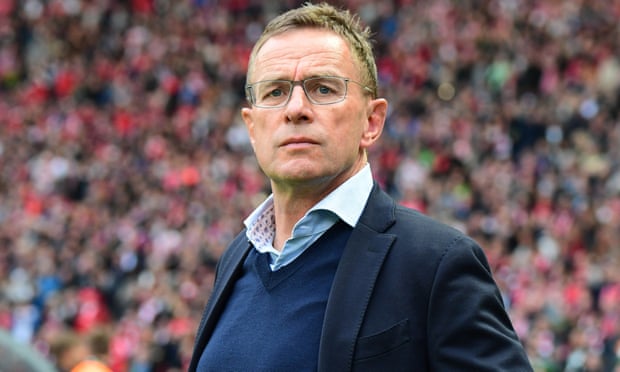 Manchester United are set to appoint German father-figure manager Ralf Rangnick as their interim head coach for the season’s remainder.

For a lot of fans, this will be the first opportunity to see what Ralf Rangnick is all about. For as influential as he is, he’s not a global figure like some of his protogés.

His spell as an executive for Lokomotiv Moscow was his first foray outside of Germany since his coaching career began in 1983.

His work in Germany, though, has rippled through the worldwide game. He is idolised by two of the current best managers in the world in Jurgen Klopp and Thomas Tuchel. Ralf Rangnick gave birth to the high-intensity, quick-transitioning pressing style that all the top teams aspire to.

His appointment is the antithesis of everything wrong about Manchester United in recent years. Ever since Alex Ferguson left, the team has had no identity on the field and seemingly no plan off it.

Rangnick’s entire career has been all about development, building teams from the ground up.

“You need to dictate the game with and without the ball, not through individuals … use transitions, switch quickly … to think and find the right solutions quickly … and shoot within 10 seconds of winning the ball back,” he once told the International Football Arena Conference.

That will be music to the ears of United fans tired of seeing an incoherent team relying on individual talent to bail them out.

Read: Steven Gerrard On Retaining That Drive To Win

Of course, that philosophy is at odds with United’s most influential player. Cristiano Ronaldo is now a forward who doesn’t participate in the system, but scores a lot of goals thanks to his individuality.

As well as that, his transition to a consultant for the club once it appoints a permanent manager has the potential to be awkward. However, there is do doubt a figure like Rangnick is an excellent tonic for the recent failings of the team.