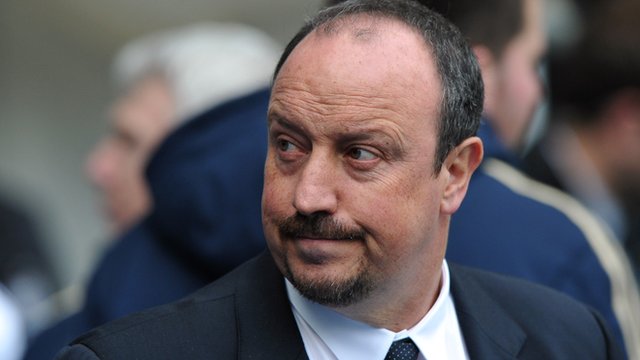 Everton manager Rafa Benitez has defended his injury-hit squad, saying you cannot fault the effort of the players.

However, after seven straight defeats, maybe it’s time to channel that effort in a different way because it’s not working.

Everton’s latest defeat against Brentford comes at an awkward time. Their next game is the Merseyside Derby against Liverpool. The context of Rafa Benitez being the ex-Liverpool boss could reinforce the idea that it was never going to work for him at Everton.

“We have missed some key players, with Doucoure coming back it seems a little bit better but overall we didn’t deserve to lose but when you put everything together it seems worse.

“The reality is the team is giving everything oh the pitch, you can see the togetherness of the players and they were fighting until the last minute, I can understand the frustration but you cannot complain about effort.

“Hopefully we can be more precise in the final third.

“If we consider what we did at the beginning of the season, the intensity, the reaction of players, quality in the games, we have seen enough quality to do much better,” he said.

“Even in the games we lost or drew, the team was doing enough in some of these games to get something more. It is a question of confidence and missing these players.

“You could see what we were capable of doing at the beginning of the season and if we have everyone available, we can do it again.”

It’s true that Everton have been unlucky with injury. The issue for Rafa Benitez, though, is whether he will still be in a job by the time all the stricken players return. 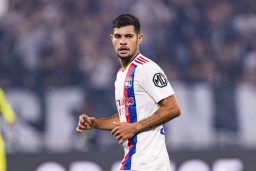 Reports suggesting Newcastle United are about to sign Lyon’s Brazilian midfielder Bruno Guimaraes are circulating widely this week. If the move goes through, Bruno Guimaraes would be the first ‘marquee’ signing under Newcastle’s new ownership. It is notable, and slightly surprising. Nobody expected Newcastle to be signing Champions League players...

January Transfer Window: Where Are The Strikers? January 26, 2022

As a relatively subdued January transfer window enters its final week, the role of the center forward comes into focus. Pep Guardiola has implemented a striker-less system at Manchester City to devastating effect for almost two years now. In spite of this, City still pursued Harry Kane and Cristiano Ronaldo...

The Premier League Breathes A Sign Of Relief January 24, 2022

The Carabao Cup Suddenly Means Something For Arsenal January 20, 2022

The Carabao Cup is traditionally a competition used for rotation, to rest first team players and blood youngsters.  The semi finals in particular fall during the most hectic time of the excruciating Christmas schedule of English football. It’s a nice competition to win, but it is the smallest priority for...

Chelsea manager Thomas Tuchel says he wants to remain at Chelsea until the end of his current contract. If he does, this would make him the longest serving manager in the Roman Abramovic era. Thomas Tuchel was given an extension after guiding Chelsea to Champions League glory last season. His...