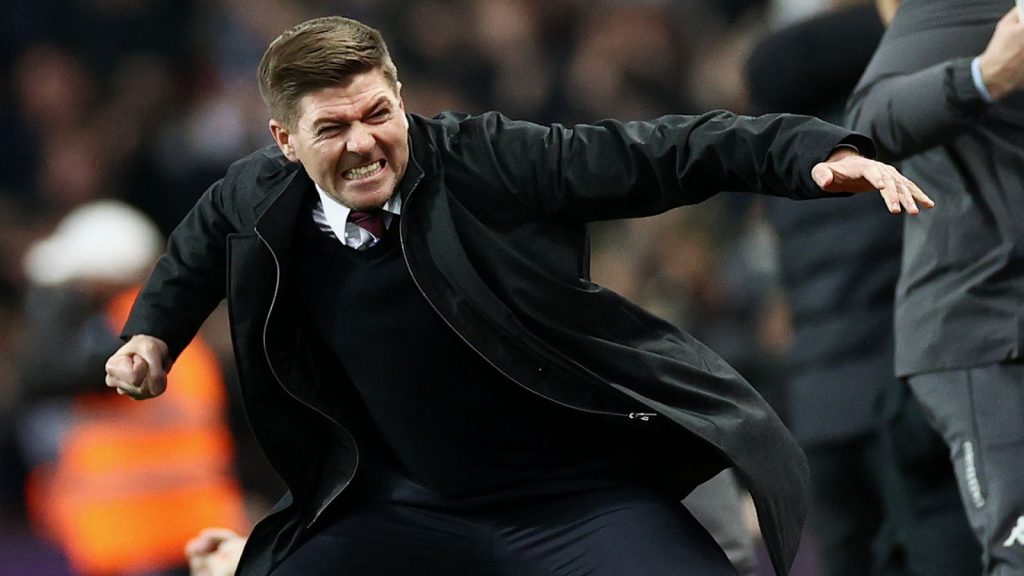 Steven Gerrard got off to a winning start as Aston Villa manager with a 2 – 0 win over Brighton on Saturday.

It ended Aston Villa’s run of five consecutive losses, a much need tonic heading in to a busy Christmas period.

“It’s a mixture of excitement, relief, pride really, Steven Gerrard said. Because I can’t be any more proud of the players. Some were only around for a couple days in the week, everything we asked them to do in the main they followed the structure and delivered a really good performance in the end.”

“These are the buzzes, the highs you miss as a player. That is the reason I wanted to stay in the game. It is my medicine if you like. I love winning, I love competing, I love seeing players happy, smiling, feeling good about themselves. We were a bit tense at times today, it wasn’t all perfect, it was understandable that the players and crowd were a bit nervous.”

Want to bet on the Premier League? See our reviews section to find the best markets for you.

“I think you’re trying to control your emotions. You’re kicking every ball. I want to be there on the side for my players, I want to coach from the side. I want them to see me, I want to be visible, to help them, guide them, so they carry a game plan out. Inside me is what was inside me as a player. That will to win. That drive and the energy.

“You should see me in staff games, five or six-a-side, I want to win, I tell you. I hate losing.”