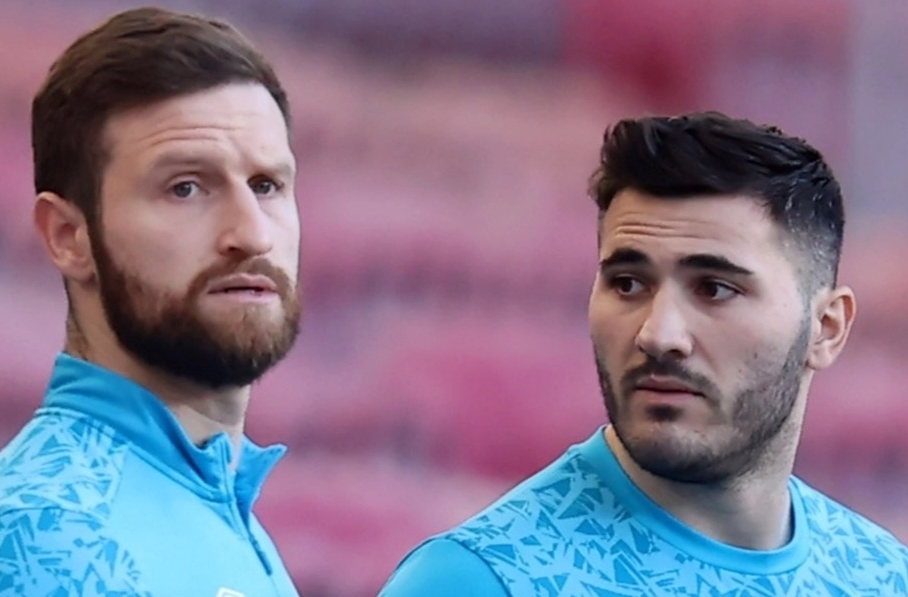 Shkodran Mustafi and Sead Kolasinac were reportedly at the heart of a ‘player revolt’ that got the Schalke manager sacked.

Schalke have only won one game all season, and Christian Gross is the fourth manager to be sacked this season. No other Bundesliga team has had five managers in one season.

Shkodran Mustafi, Sead Kolasinac along with Klass-Jan Huntelaar were brought into the club in the January transfer window. The trio reportedly led a changing room rebellion against Christian Gross.

“I wouldn’t get the same players again in winter,” Gross admitted. “I would try to have a happier hand with the transfers.

“They are experienced, these players, but yes, everything did not go well.”

It’s easy to look at this as yet another implosion of many so far in Gelsenkirchen. However, Mustafi and Kolasinac are not the types of players you want to bring in during a crisis.

Both players were effectively paid off to leave Arsenal, as well as Mesut Ozil in January. Manager Mikel Arteta has consistently spoken about changing the culture in the club.

The departures of Mustafi, Kolasinac and Ozil was seen as a major step in the culture shift. Between them, they had formed a disruptive clique in the Arsenal dressing room.

They had already seen off Arsene Wenger and Unai Emery, which is why Arsenal paid them off to leave when they could really have used the transfer fees. It’s no surprise that it took them less than a month to start stirring the pot in Schalke.

Read: VAR Continues To Incite Rather Than Lessen Controversy

Schalke are certainties to be relegated this year, and are over £200 million in debt. As a result, neither Mustafi or Kolasinac will be returning. Mustafi’s Arsenal contract was terminated, so he won’t return to North London. However, Kolasinac is over there on loan, and Arsenal will have to kick him out all over again.