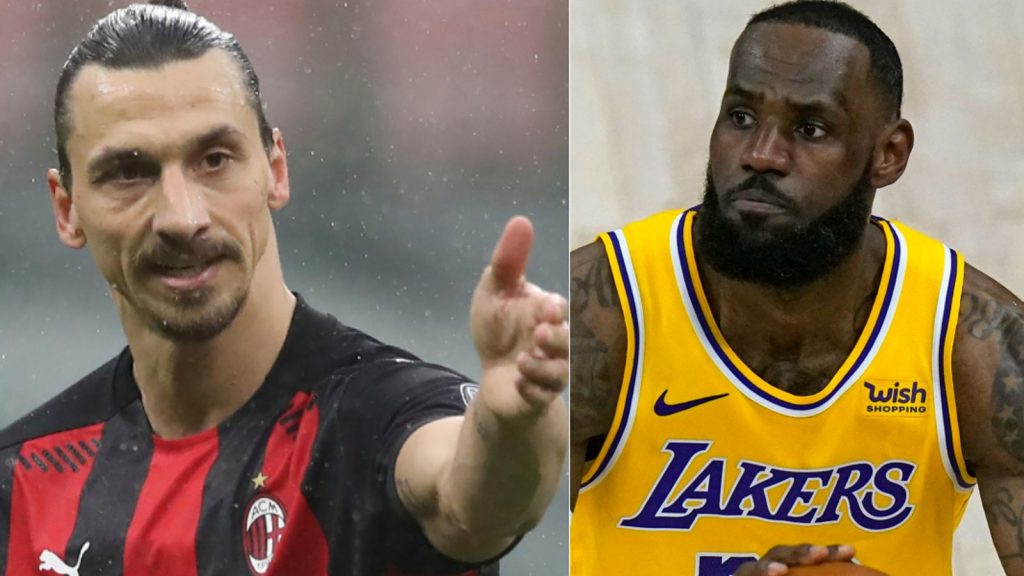 For reasons beyond understanding for anybody, A.C Milan’s Zlatan Ibrahimovic and the Lakers’ LeBron James traded barbs over the weekend.

Zlatan Ibrahimovic criticised the NBA superstar, a leading voice on racial injustice in the U.S, for being politically outspoken. “[LeBron] is phenomenal at what he’s doing, but I don’t like when people have some kind of status, they go and do politics at the same time,” Ibrahimovic said.

“Do what you’re good at. Do the category you do. I play football because I’m the best at playing football.

“I don’t do politics. If I would be a political politician, I would do politics. That is the first mistake people do when they become famous and they become in a certain status. Stay out of it. Just do what you do best because it doesn’t look good.”

The Guardian writes this morning that Ibrahimovic’s comments echo the hypocrisy of the American far right. However, it is more accurate to say his comments are symbolic of his tender ego.

Zlatan Ibrahimovic is phenomenal at his sport, too. He’s also phenomenal at PR, and the arrogant ‘Zlatan’ character he’s created as his public face has pushed his brand to greater heights than what a world class football player would normally achieve.

He’s won 31 trophies and made plenty of money. At 39, he’s defying his age and leading an A.C Milan title charge back in Italy, where he first made his name. So why would LeBron James bother him? Well, Zlatan played a season in Los Angeles for the LA Galaxy. When he joined the team in March 2018, he probably expected to be the king of L.A.

And he might have been, for a few months, until LeBron James joined the Lakers that summer, usurping the great Zlatan.

LeBron James responded to Zlatan’s criticism after the Lakers’ win over the Blazers.

“I’ll use my platform to continue to shed light on everything that’s going on around this country and around the world. There’s no way I would ever just stick to sports, because I understand how powerful this platform and my voice is.”

As well as that, Zlatan Ibrahimovic hasn’t exactly stayed out of politics himself. He has stated several times that his identity as an immigrant in Sweden has motivated him as something to fight against throughout his career.

“He’s the guy who said in Sweden, he was talking about the same things, because his last name wasn’t a (traditional Swedish) last name, he felt like there was some racism going on,” James said.

“I speak from a very educated mind. I’m kind of the wrong guy to actually go at, because I do my homework.”

Zlatan’s comments smell of a man who knows he’s on the way out lashing out at what’s replacing him. His bluster isn’t what gets praised anymore. Instead, it’s young black athletes using their platforms to be outspoken on issues they care about. Sour grapes?