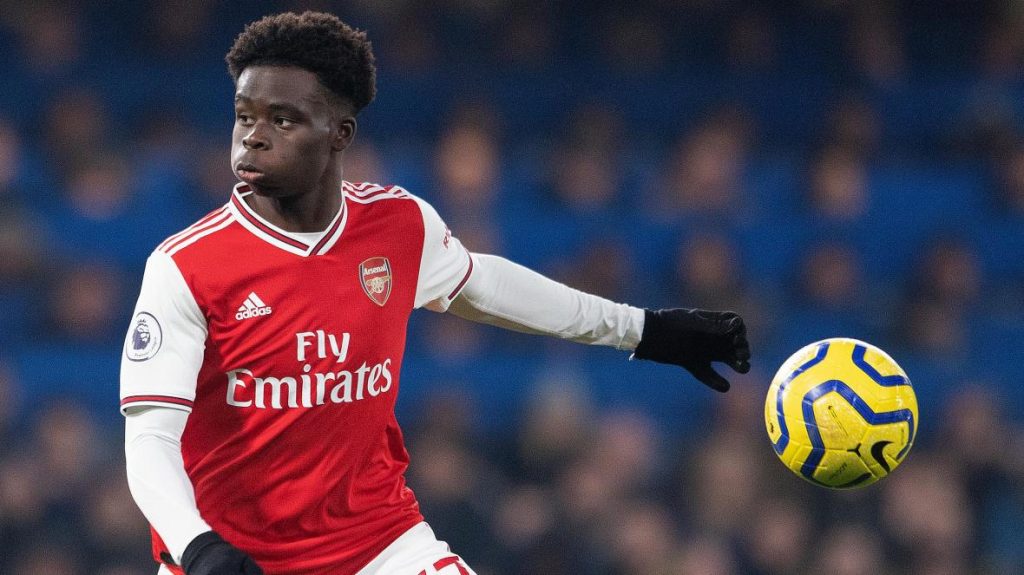 Arsenal attacker Bukayo Saka looks destined for stardom and is about to join a select club of young Arsenal players.

If he plays against Leicester on Sunday, he will become the second-youngest player to make 50 Arsenal appearances. The youngest ever player to do that for the Gunners was Cesc Fabregas.

Bukayo Saka, at 19, is almost indispensable to this Arsenal team. In one way, this speaks to how poorly they have performed lately. However, the way Bukayo Saka has held his place in the team speaks to his potential longevity and quality.

It’s always hard to tell if a young player who bursts onto the scene will continue their trajectory. This is why the emergence of the appearance statistic and resulting comparison with Fabregas is significant for Saka.

Fabregas went on to become Arsenal captain at 21 and a talisman for the team. Saka already appears to be reaching talisman status, proving that ‘if you’re good enough, you’re old enough, is more than a worn cliché.

The youngest players to reach 50 appearances for Arsenal:

The fact that Theo Walcott is just below him on the list further proves that Saka can go the distance. Walcott was a mainstay of Arsenal’s attack for ten years after breaking into the team as a youngster.

Read: Gareth Bale In Fight To Save His Legacy

Arsenal coach Mikel Arteta puts Saka’s consistency down to his maturity and intelligence.

“His form in recent months shows that he’s a very important player for us,” he said.

“I think he’s getting better and better, his performance levels have been really consistent, so that makes him for sure one of the most important players in recent months.

“It [his consistency] is very unusual but he’s been doing a lot of unusual things.

“He’s dealing with things at his age in a very unusual way, but that’s why he’s showing what he’s showing, because his maturity is above his age and so is his intelligence as well.”