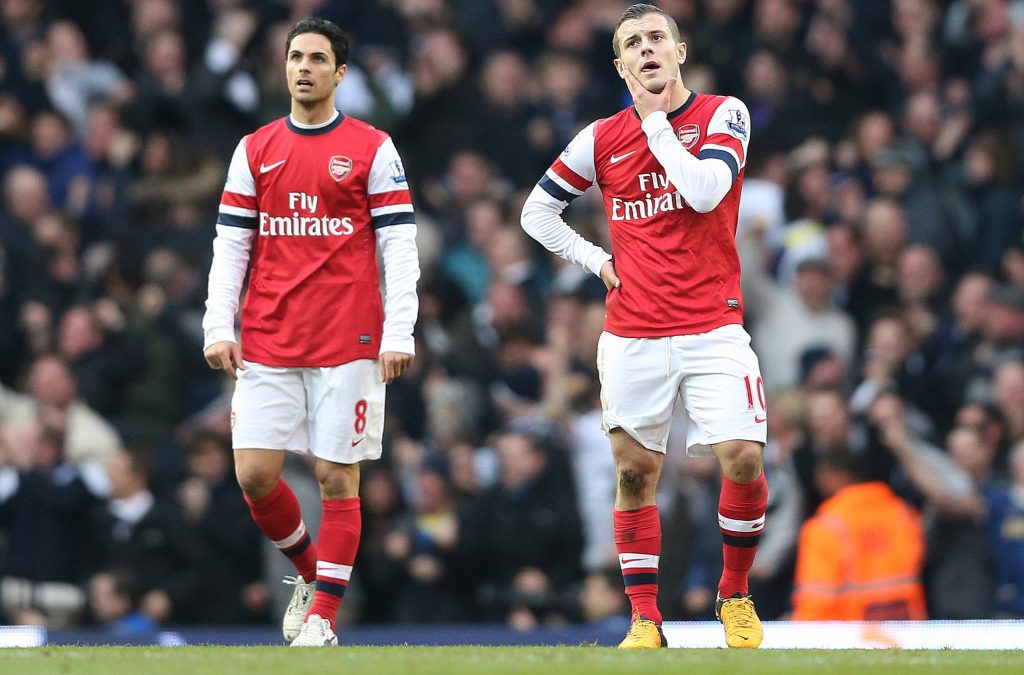 When Jack Wilshere announced his retirement last week, all of us blinked in disbelief at the copy.

It feels as if Jack Wilshere has been done as a footballer for years, but he’s only 30 years old. Oh, if only things could have gone differently for him. If he remained injury free, he could be the heartbeat of Arsenal’s midfield and the leader of the team now.

It didn’t go differently for Jack Wilshere, though and a career plagued by injuries comes to a reluctant end.

Read: Gabriel Jesus – I Have Come To Score Goals

“In truth it has been difficult to accept that my career has been slipping away in recent times due to reasons outside of my control whilst feeling that I have still had so much to give,” he said.

“Having played at the very highest level I have always held such huge ambitions within the game and if I am truthful I did not envisage being in this position at times. However, having had time to reflect and talk with those closest with me I know that now is the right time and despite the difficult moments I look back on my career with great pride at what I have achieved.”

In total, Wilshere made 197 appearances with 14 goals and 30 assists. Now, he takes on a new role as Under 18s coach at Arsenal. Perhaps it will be a case of a player who didn’t quite make it being in a perfect position to guide young players.

Read: The Problem With Cristiano Ronaldo

“I always had coaching in the back of my mind, but then I came back here last year and I was doing it full-time for six months, and the more I learnt about it, the more it intrigued me.

“I’m the first to admit that I probably haven’t got the experience that a lot of coaches have out there, but I have got experience of walking in the players’ footsteps, coming through the academy and making it into the first-team.

“I think first and foremost I need to focus on myself here, learning how to be a coach, but I think when you’ve got ambition and you’re hungry, it helps you learn quicker and ultimately you help the kids.”