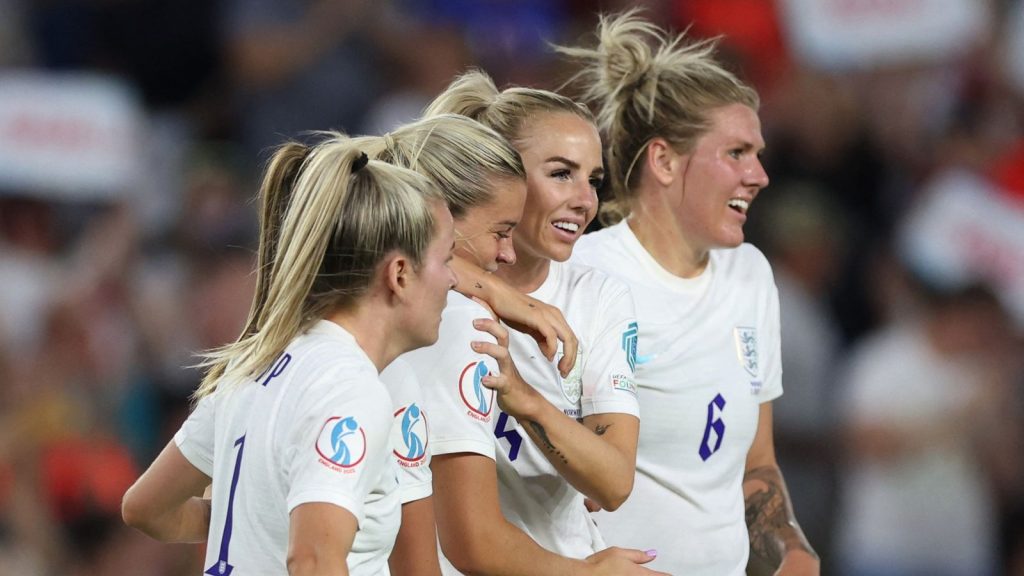 England Women set the record for the biggest win in women’s European Championship finals history with an 8 – 0 win over Norway on Monday.

It was quite the palette cleanser following their uneventful opening win over Austria – against their projected toughest opponents no less.

Despite having one group game left to play against Northern Ireland, England Women have now qualified for the quarter finals.

The 8 – 0 victory surpassed their own record from 2017 when the England Women beat Scotland 6-0.

Read: Raheem Sterling On The Verge Of Signing For Chelsea

Arsenal striker Beth Mead scored a hat-trick, including the final goal of the game in the 81st minute.

“I can’t put it into words… I’m loving being a part of this team and loving every minute of it,” Mead said after the game.

Asked about her hat-trick, she added: “I don’t think I even dreamt of this – I’m just so happy I could get the goals to help the team again.

The Lionesses are now undefeated in 16 games under Sarina Wiegman. They’ve scored 93 goals and conceded only three in that period.