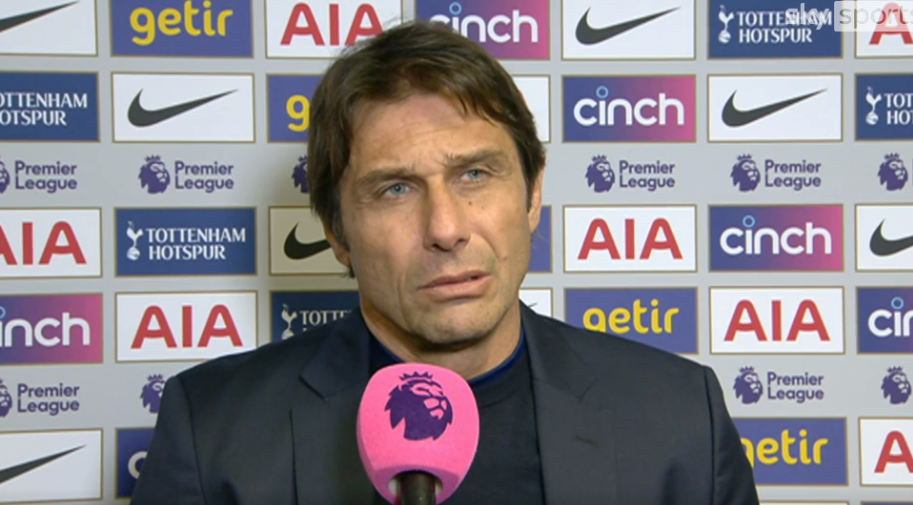 Attending fans at Stamford Bridge on Sunday got their money’s worth in terms of entertainment with Chelsea VS Tottenham.

The 2-2 draw had goals (including a last minute equalizer), passion and fisticuffs galore.

They are also, with the right sort of provocation, little boys. Both Thomas Tuchel and Antonio Conte will be suffering with hangovers this morning as a result of their outbursts at the final whistle.

Read: Life Is About To Change For City Striker Erling Haaland

However, the tension that led to their conflict had been building up for the entire day as referee Anthony Taylor took a lenient view of physicality for the whole game.

The result was a fast-paced, highly competitive game of Premier League football. It must be said the official lost control of the game. His decision to allow blatant fouls by Tottenham, including one instance of literal hair pulling, to go unpunished is baffling.

It’s no wonder Thomas Tuchel was incensed. His assertion that neither of Tottenham’s goals should have stood is hard to dispute. As well as that, Chelsea were clearly the better side and deserved to win.

Neutrals don’t care about that, though. What neutrals care about is entertainment and this game had that in spades.

Anthony Taylor allowed a London derby between two of the best teams in the country to flow naturally and the result was wonderful, unless you’re Chelsea or Tottenham.

Should he have taken control of the game, and thus prevented Havertz and Romero from trying to hurt each other and Marc Cucurella having his hair pulled? Probably, but then the match would have been another typically drab affair between two good teams.

Antonio Conte and Thomas Tuchel are egomaniacs, and that’s a good thing. If they weren’t, they wouldn’t be as good at their jobs. Losing their temper at the end of an incredibly competitive game is what you would expect from men like this. They should care this much about a derby against a top four rival.

Neither manager will be happy this morning. Everybody else will be delighted.