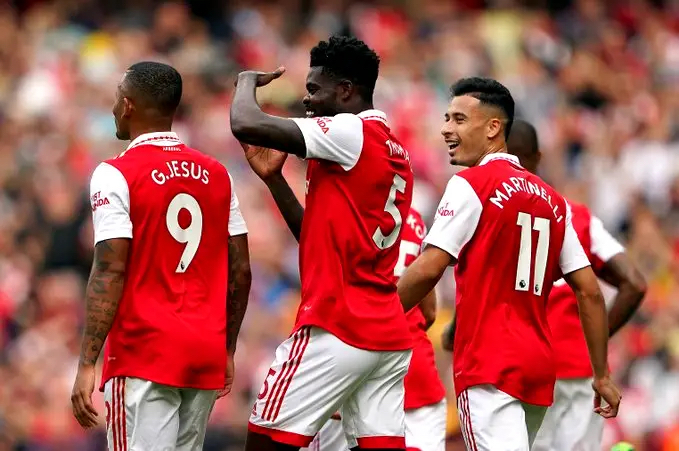 Arsenal have the chance to go ten points clear at the top of the Premier League with a win over Newcastle on Tuesday night.

With two wins, the Gunners have picked up where they left off before the World Cup break. They’re about the only ones who have.

Their rivals have struggled, with Manchester City drawing with Everton at home on Saturday. Not a fatal result by any means, but the kind of result that City are producing a little bit more often this season.

Read: Arsenal In Gabriel Jesus Blow As Striker Goes Under The Knife

Tottenham resumed their season with a 2-2 draw against Brentford and a 2-0 home loss to Aston Villa. The Villa defeat prompted another ‘fourth is the best we can do’ soliloquy from Antonio Conte, outlining how perilous it feels at Tottenham.

Newcastle, still something of an unknown quantity, drew 0-0 with Leeds on Saturday. Defeat at the Emirates could spell the end of their top 3 crusade.

Liverpool appeared to be approaching some form, but lost 3-1 against Brentford on Monday night. Chelsea stumbled to a 1-1 draw with Nottingham Forest on Sunday.

Arsenal, meanwhile, appear to be cruising. It’s almost suspicious how good they are this season,  almost too easy. Everybody is waiting for their season to collapse but it doesn’t look like that will happen any time soon.

The loss of Gabriel Jesus to injury could still spell the end of their title hopes. However backup Eddie Nketiah has staked his claim, with two goals in two games.

Want to bet on the Premier League? See our reviews section to find the best offers!

Newcastle will be Arsenal’s toughest test since the resumption of the season. Their 3 – 1 win over West Ham and 4-2 win over Brighton were relatively comfortable.

Newcastle have the best defense in the league and will make it a tight game. Win though, and Arsenal’s momentum will only intensify.