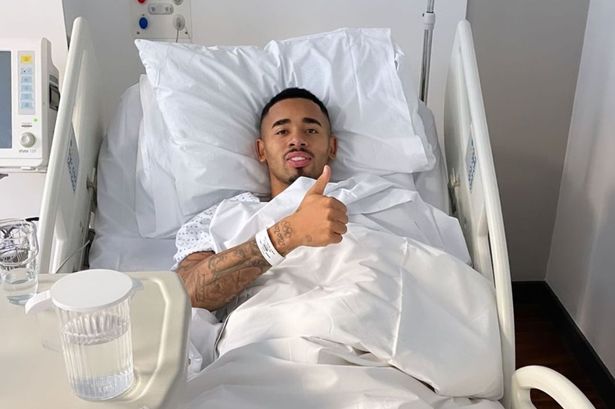 Arsenal look set to be the biggest victims of the winter World Cup after Gabriel Jesus required knee surgery.

Gabriel Jesus took a knock during his first World Cup start, a dead rubber against Cameroon to conclude Group G.

The Brazilian striker was immediately ruled out for the tournament pending a scan to determine the extent of the injury.

Gabriel Jesus flew back to London soon afterwards and is expected to be out for three months following surgery.

It’s cruel news for Arsenal fans, who were watching a genuinely competitive team for the first time in 15 years. Jesus is not the only reason for their improvement, but he is probably the biggest reason.

After being in the striker wilderness for years, Jesus was, if you’ll forgive the crudeness, heralded as a saviour. Arsenal had muddled through seasons with Aubemeyang and Lacazette, old pros who were either incapable of or unwilling to improve.

Aubameyang was a poor tactical fit as well as a poor cultural fit. Alexandre Lacazette was closer to what Mikel Arteta wants from a striker, but his body wouldn’t allow him to do the required work while also arriving into the box to finish chances.

In Jesus, Arteta found a player who could do it all and raced to Arsenal’s best-ever start to a Premier League season.

Reaching the World Cup break top of the table allowed Arsenal to dream of an improbable title challenge. To usurp City though, you need to have perfect luck, and they won’t have that now.

In the ultra-competitive Premier League, chances to win the title don’t come along often. Injuries to star players derailing a promising season will be all too familiar to Arsenal fans. They will probably still qualify for the Champions League, but the beautiful dream is over.