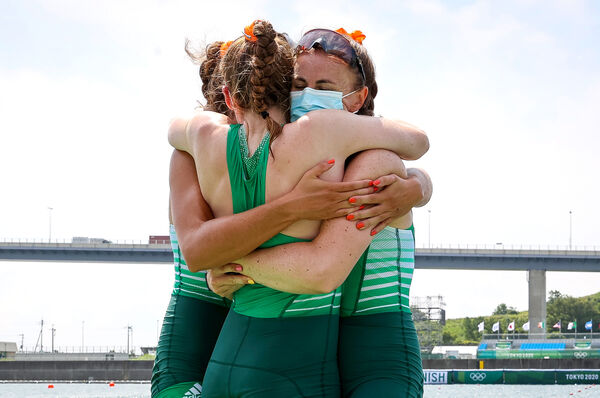 The Ireland women’s four rowing crew has delivered the nation’s first medal at the Olympics in Tokyo.

It is Ireland’s 51st medal across 22 Olympic Games. Irish rowing is making quite the name for itself after Paul and Gary O’Donovan won silver in Rio 2016.

Emily Hegarty is a member of the same rowing club as the O’ Donovan Brothers – Skibbereen in Co. Cork.

The Ireland women’s four rowing crew finished with a time of 6:20:46. That’s 1.06 seconds ahead of Team GB, who finished fourth.

A determined second half of the race is what propelled the Ireland team into third. However, they may have finished faster if it wasn’t for a slow start.

“We knew we could win a medal, it was just about whether we could pull it off,” Keogh told RTÉ. “We knew every crew in the boat was also capable of winning a medal and it was just about who got down the course as well as they could in position. It was a bit touch and go.”

“Throughout the race, I was like, ‘we could be fourth, fifth.’ Eimear makes the strategy calls and I tell us where we are in the field. I was looking out and I was like, ‘Oh god’.

“In my head, we were slipping back but we said to ourselves if that happens we go early and the last 1k we backed ourselves. Everyone else knows out here that in the last K we just start to go and you could kind of hear it, left and right they were like, ‘don’t let them, don’t let them’.”