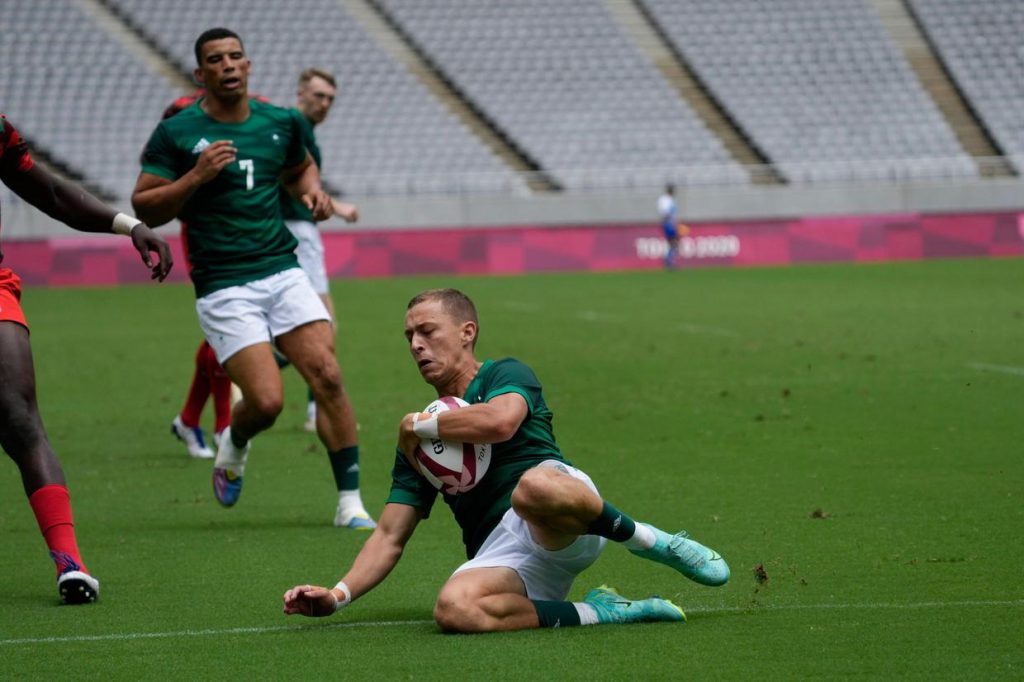 The Ireland Rugby 7s team narrowly missed out on reaching the knockout stages of the Tokyo Olympics on Tuesday morning.

After a promising start against Kenya, a late Vincent Onyala try ended their hopes of advancing.

The 12 – 7 win ultimately wasn’t enough. A 7 point margin was needed to advance as one of the best third placed teams.

Ireland started quickly with tries from Hugo Lennox and Harry McNulty. However, they stopped playing after that when they should have put Kenya to bed.

“I think we really should have won that game by a whole lot more,” said Harry McNulty. “If we had one more score on the board, or didn’t let them in, we would have gone through. If we had played our best the last two days I think we would have been well and truly in there and had a really good shot at putting ourselves up for some sort of medal.

“It’s disappointing because we know we’re so much better. I don’t know what’s really going wrong, but we’re not firing on all cylinders.”

Want to bet on Ireland at the Tokyo Olympics? See our comprehensive reviews section to find the best betting markets.

“We’re absolutely gutted,” said Terry Kennedy. “We spoke about it before the match, bringing that doggedness in defence, and we did that so well. But our attack just let us down, and normally our attack looks after itself, but there were far too many errors to get the win that we needed.

“It’s tough. But that’s Sevens, we’re used to it, you’re not always going to be in the medal matches. We have to regroup and try and get the spirits back up and go again.”

The Ireland Rugby 7s team play against Kenya again tomorrow, and the winner will finish in 9th place in the tournament.