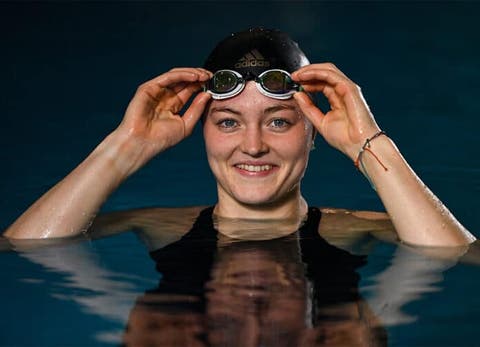 After the 2016 Olympics in Rio, Ireland at the Olympics was associated with rowing following the success of Skibbereen brothers Gary and Paul O’ Donovan.

The Irish rowers are still making waves this time around. However, other Irish athletes are coming to the fore in Tokyo.

On Day two, Cork teenager Meg Ryan made history by becoming the second Irish female Gymnast to compete at the Olympics.

“To officially be an Olympian is just amazing, it’s surreal,” she said. “I knew that no matter what happened I was just going to try and enjoy it. These are some of the best gymnasts in the world so it’s amazing to compete against them.”

Her 1:06:59 time in the 100m breaststroke was good enough to finish fourth in her semi final. She will compete in the final today in eighth place.

“I’m over the moon. That was the target, make it round by round and when I got to the semi-finals it was the plan to try make it into the final,” she said.

Read: Arsenal Going Back To Their Roots With Young Signings

“It’s been amazing,” she said. “That’s the great thing about the Irish spirit as well: we are very close as a nation.”