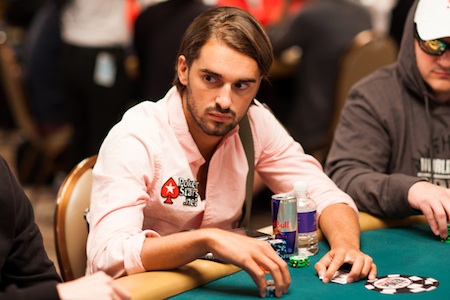 De Meulder outlasted 438 other players to win the tournament on the 4th of September.

De Meulder is a professional poker player and TV personality from Antwerp, Belgium. He has a twin brother, Mathias, who is also a poker player.

The twins learned how to play poker together. Christophe began playing poker online on the online platform PokerStars. He was a part of Team Poker Stars alongside his brother until the end of 2015.

He regularly competes in international tournaments, including several appearances at the World Series of Poker in Las Vegas. In 2012, he won the Dom Classics in Utrecht, taking home a prize of €30,000. In April 2018 he reached the final of the Party Poker Millions tournament in Barcelona. There, he won finished in 6th place, winning a sum of almost €40,000.

De Meulder got his background in television from his father, who had him take part in various TV castings. He even met Leonardo DiCaprio in a 1993 casting for the film Total Eclipse. At the age of 10, he and Mathias won a casting competition for a TV show called ‘Man Bites Dog’, which they presented for three years. He then continued with his education, electing to study humanities.

In 2012, the twins participated in the reality show Expeditie Robinson.

If you want to start playing online poker like Christophe de Meulder, check out our reviews page to see where you should get started.