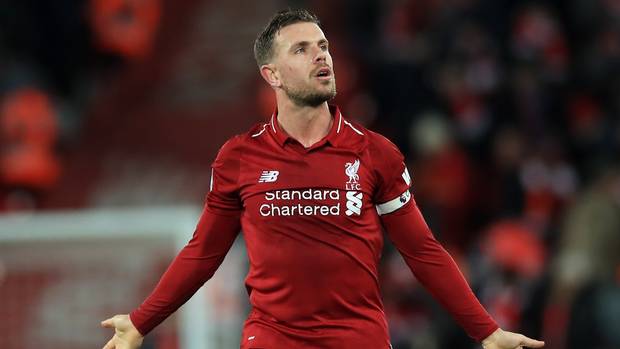 Liverpool moved 8 points clear at the top of the table after their 3 – 1 win over Manchester City.

Liverpool took an early lead at Anfield on Sunday and never looked back. A Fabinho piledriver gave them the lead in the 6th minute. The goal was scored after an incident from which City should arguably have had a penalty.

However, Liverpool were the ones who capitalized and saw out the rest of the game in ruthless fashion. Their second and third goals were a testament to their outstanding fullback play.

Mohamed Salah, in the 13th minute, scored a header from a cross from the left. Then in the 51st minute, Sadio Mané converted at the far post after a cross from the right. 3 – 0, and from there City had no chance.

Read: Kyle Walker and The Top 3 Times an Outfield Player Played in Goal

Significantly, the Reds are now 9 points ahead of City, who have fallen to fourth. The question now is whether they can hold on. While it is a commanding lead, we are still in November.

Jurgen Klopp’s men won’t forget that they were in a similar position last season. They were 9 points ahead for a day, when City won their game in hand to reduce it to 7. Liverpool missed the chance to extend the lead to 10 when they lost to City at the Etihad.

It was the result that prompted City’s resurgence, and ultimately their comeback title win. However, it was also the only Premier League game Liverpool have lost in the last 18 months. It’s hard to see Liverpool losing three more games at this point.

City, though, while not quite unravelling, are coming unstuck. Every team runs out of steam eventually, and Guardiola’s dominance of the league could be coming to an end.

Want to bet on the Premier League title race? See our reviews section to find the most attractive markets!

Despite the fact that City now have less points than Chelsea and Leicester in 2nd and 3rd, the bookies do not believe that anyone but City can still challenge Liverpool.

The Reds are 2/5 to win the league, ahead of City on 9/4. Chelsea and Leicester are both at 40/1, despite their recent impressive form.