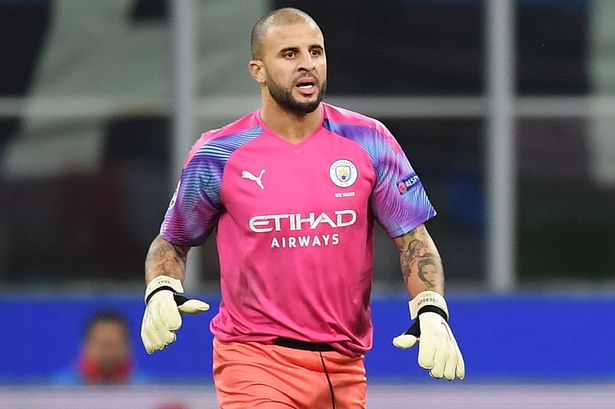 The right back took over from Claudio Bravo, who was sent off in the 81st minute. Bravo had only been playing for just over 35 minutes, having replaced Ederson at half time.

With no other goalkeeper in the squad, Kyle Walker stepped up, sending football fans all over the world into overdrive.

You see, there are few things sweeter in football than watching an outfield player play in goal. Of course, what everyone wants to see is the stand-in peppered with shots, in the hope that calamity and hilarity will ensue.

Apart from that, it highlights just how highly trained goalkeepers really are, as the outfield player could not look more out of place between the sticks.

Technically, Kyle Walker kept a clean sheet last night. In celebration of his heroics, we reminisce on our three favorite times an outfield player played in goal.

The ultimate hero to zero moment. Spurs were 5 – 0 up when Hugo Lloris got sent off. Harry Kane, who had scored a hattrick, volunteered to take over. He promptly fumbled what should have been a routine save from a free kick into his own net. Wonderful.

John Terry’s antics have caused more eyes to roll than hearts to swell over the years. However, in this game that will be remembered for Peter Cech’s horrific skull fracture, it was a moment of genuine leadership when Terry stepped in for Claudio Cudicini, who also went off with a head injury, having replaced Cech. For their troubles, Petr Cech got a protective helmet to wear for the rest of his career, while Terry got an iconic picture of him in a Chelsea goalkeeper kit.

Want to bet on the Champions League? See our reviews section to find the best odds & most attractive markets.

The F.A Cup quarter final is not an ideal time to lose both your goalkeepers. That’s what happened to United when Tomasz Kuszczak, who replaced the injured Van der Saar at half time, was shown a red card with 12 minutes to go. Rio Ferdinand stepped in, and conceded a Sulley Muntari penalty that was enough to send eventual winners Portsmouth through. It was a wonderful fillip for Harry Redknapp and Portsmouth on that run, who live on in football lore after that season. 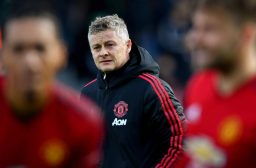