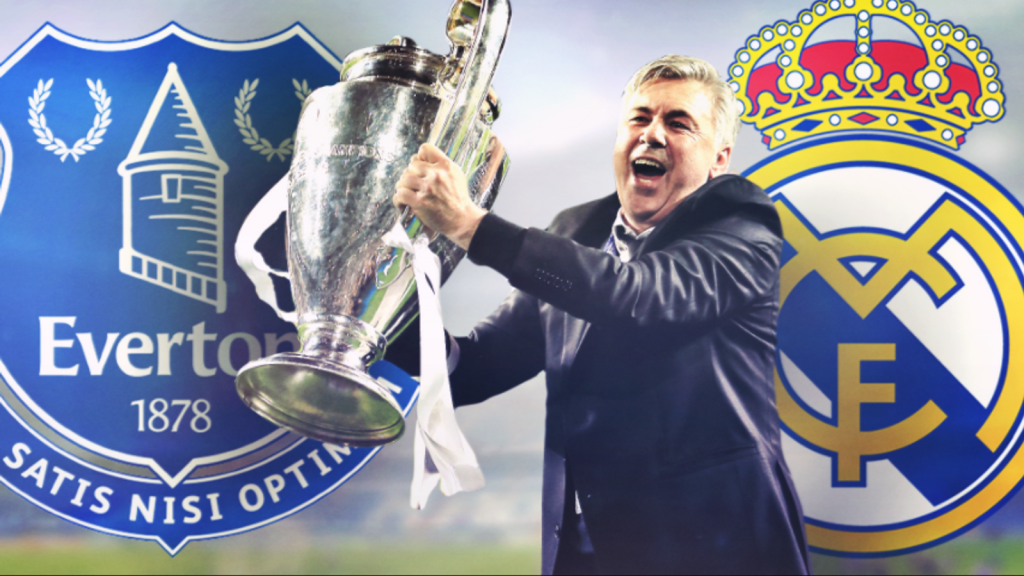 Carlo Ancelotti has jumped ship early at Everton to manage Real Madrid for the second time in his career.

This was always a risk for Everton, considering the type of manager Carlo Ancelotti is. Vastly experienced, he is not a ‘project’ manager anymore. His typical spell in any given job is around 18 months to two years.

The personable Italian is normally brought in to put out fires at struggling big teams. This was the case at Bayern, Chelsea and Real Madrid the first time.

Now, he’s on the way to Madrid again to stabilise the club after the departure of Zinedine Zidane. However, Carlo Ancelotti certainly spoke like he was at Everton for the long haul.

“I would like to be there when the new stadium is opened,” he said.

“It will be a good achievement for me. To finish the contract here in 2024 means that you did a good job and when you do a good job the contract will not be stopped in 2024. It will continue. The time I spent here is one year and I have felt really good so I would like to stay as long as possible.

“I still believe we are on the right way to fight and compete for the first positions in the Premier League, considering what happened this season,” he said.

“This season confirmed the fact that we were really competitive, above all against the strongest teams in the competition, against United, Liverpool, Chelsea.”

“We got results from those games and that gave confidence to me and to the club for the future. The team has improved, and I am sure of this: the team will be more competitive.”

Ancelotti provided Everton with some legitimacy in their quest to establish themselves in the top 6. The question now is do they rebuild, or try to find somebody to continue his work?