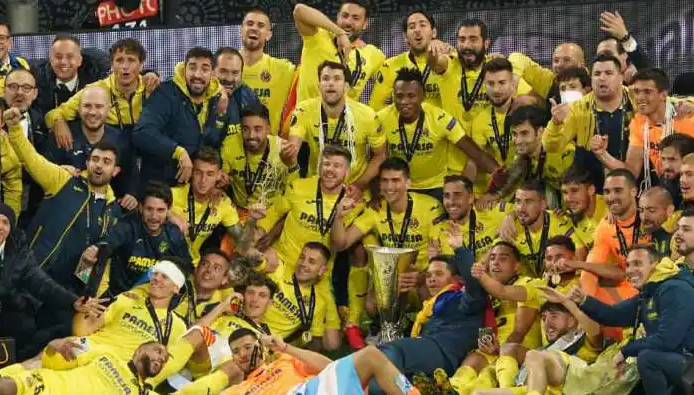 Villareal are the Europa League champions after prevailing over Manchester United 11 – 10 on penalties after a 1 – 1 draw.

It means Manchester United have gone four years without a trophy. As well as that, manager Ole Gunnar Solskjaer has yet to win a major honour despite an encouraging trajectory.

The shootout was a battle between the two goalkeepers. Villareal keeper Geronimo Rulli scored past David De Gea before saving De Gea’s subsequent penalty to win the trophy for the yellow submarine.

Marcus Rashford missed a presentable late chance in a game in which UTD only had two shots on target.

“We didn’t play as well as we can do. We started alright and they scored from their only shot on target but it was disappointing to concede a goal on a set play. We pushed and pressed and got the goal. But after we scored we couldn’t control the game and dominate the way which we wanted.

“They made it hard for us by closing the spaces. We had the majority of the possession and they defended well. We didn’t create enough big chances.”

Want to bet on the Champions League final? See our reviews section to find the best betting markets for you!

“Now isn’t the time to put the finger on what I would have done differently but when you don’t come away with the trophy you’ve not done everything right.”

“We are getting closer and closer [to winning titles] we were one kick away today from having a trophy. But we’ve got to have the desire to come back next year and improve. The only way to get the margins in your side is to work harder and better.”