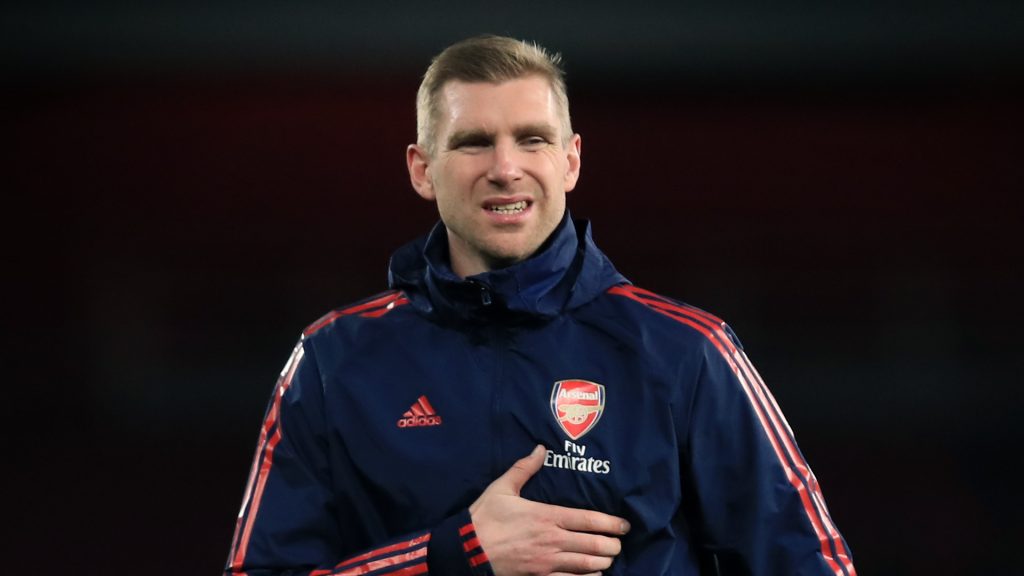 At the same time, he was keen to stress that the club has to set realistic expectations.

The German world cup winner has a unique perspective on Arsenal’s struggles to restore its former glory. Per Mertesacker joined Arsenal just after the midpoint of the Arsene Wenger era.

Arsenal were still a top four team. Although the decline had begun, and would continue after he retired to become the head of the academy.

Read: Pep Guardiola Must Put Bizarre Week Behind Him Ahead of Chelsea, PSG

At an historically successful club like Arsenal, the expectations will always be high. However, Per Mertesacker echoes the realisation that Arsenal has had the past few years, it isn’t there yet.

“I hope he gets the time he needs,” Mertesacker said. “A lot of people are impatient. I want to be successful tomorrow, Champions League tomorrow.

“I want to tell people we have the best club in the world, challenging for titles. That’s not a reality. We are in a big, big transition.

“We need trust. Let’s give Arteta the trust and let him develop a squad that is capable of delivering Champions League football in two or three years.

“I think it was clear when Arsene (Wenger) left the void that needed to be filled wouldn’t get sorted in a couple of seasons, or 3-4 years.

Want to bet on the Premier League? See our reviews section to find the best betting markets for you!

“Now, there is some clarity provided on how the next 2-3 years will look like realistically, I think that is important as well because on the back of what was said by the previous leaders was ‘challenging with Bayern Munich, challenging to win Champions Leagues’ – we are so far away from that, and still the expectation is that.

“Someone needed to change that, make an effort going into the next period where you see other club’s overtaking us but we are here to put the energy in and provide excellence for other generations and for the squad that is here.”