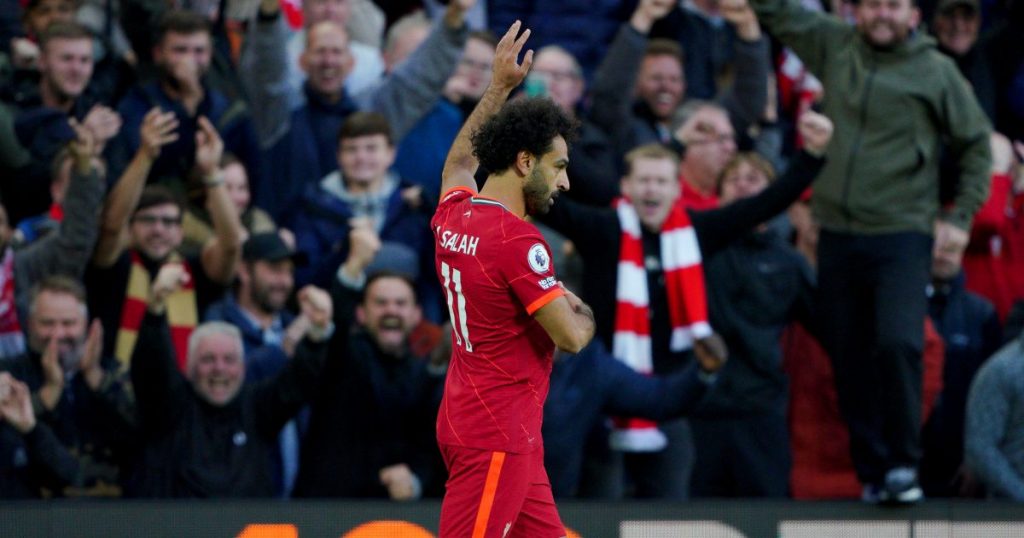 Liverpool are the 4/1 third favourites to win the Premier League behind Manchester City and Chelsea. It’s time to ask how much their disappointing year last season plays into the perception of them as outsiders.

This season Liverpool have very quietly been excellent. They’re right up there in second place, on point behind Chelsea and one ahead of Manchester City.

Sunday’s pulsating 2-2 draw with City at Anfield demonstrated that they can still compete with the best. Yes, the squad is aging. Liverpool are definitely coming to the end of their current cycle.

Read: Jurgen Klopp Says ‘99%’ Of His Players Are Fully Vaccinated

However, that doesn’t mean they have declined yet. This team has one or two more big seasons left in it. The only thing that can stop them is another injury crisis like last season.

If they are to win the title this year, Mo Salah will have to be at his best. He certainly was against City, when he scored an outstanding individual goal, one of his best for the Reds.

“He’s right up there for me. I still think he is incredibly underrated in terms of the way people speak about him,” said the Andy Robertson

“The goal is something that was out of the top, top drawer. When that goal went in, I think everybody was in shock.

“It’s just a shame it wasn’t the winning goal because it certainly deserved it.

“In a high (quality) game, with two teams full of really good players, for somebody to pop up with that it really is sensational.”

“We really wanted to win this one but we’re still in the game,” Salah wrote on social media. “We’re going for the title and we have what it takes.”