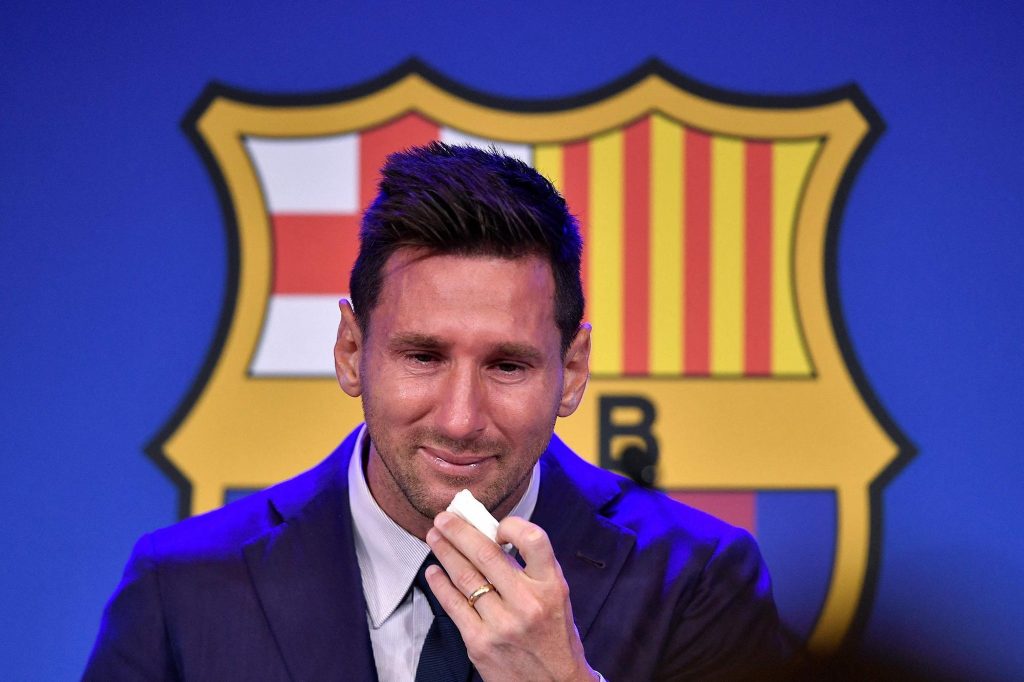 In recent years, Barcelona have experienced economic calamity to an extent which threatened the very existence of the club.

Barcelona’s finances were in such bad shape that they couldn’t afford to keep their greatest ever player, Lionel Messi.

The restrictions now placed upon them in order to be allowed to continue operations are wreaking havoc on their squad.

Sergio Aguero wasn’t able to be registered, and actually ended up retiring before the matter was resolved. New signings Andreas Christiansen and Franck Kessie, despite being free transfers, have not yet been officially registered.

And yet. And yet, Barcelona are on the verge of signing Raphina from Leeds and look set to recruit Robert Lewandoski. How are they doing this when they can barely afford to pay the players they do have?

The answer is simple. They are mortgaging their future for one hell of a gamble on the present. Barca recently negotiated a deal to sell 10% of their TV rights, which gives them about £250 million.

Other deals such as this are going to be struck by the club as it looks to rebuild itself. The problem is, nobody knows how it will work out long term. The final reckoning of all this wheeling and dealing will occur in 10, perhaps 20 years.

The irony of the fact they’re doing business with Leeds isn’t lost on anyone, except Barca. This is the kind of thing Leeds did just before they collapsed. A team who has only just recovered its status as a top-flight club ought to be a portent for the Catalan giants.

Read: Gabriel Jesus May Have No Choice But To Be ‘The Man’

The plan appears to be: rebuild the team, start winning trophies again and the resulting financial rewards will allow them to navigate their debts. Will Raphina and Lewandoski achieve this for them, though?

Raphina is a good player, not a transformative one. Lewandowski is the best striker in the world, but at the end of his career. A smart team would focus on youth and be cautious about transfer fees and wages. A smart Barca team would fill their gaps at full-back, rather than sign attackers.

However, if the last few years in Catalonia have taught us anything, ‘smart’ rarely enters the equation.