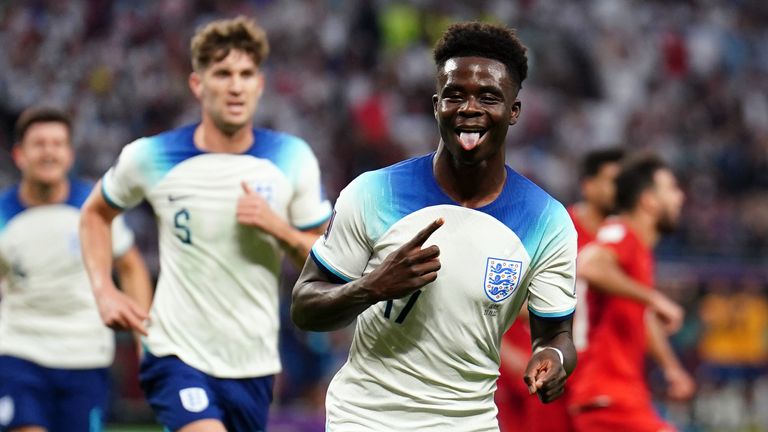 With nine goals, England are the current World Cup top scorers and are one of ten undefeated teams in Qatar.

England have cruised to the round of 16, but it is still unclear how good or bad they might be. Gareth Southgate’s team entered the tournament with doubts surrounding their form and have yet to disprove any of them.

They can be a thoroughly devastating team when they click, but the times they do are few and far between.

Read: World Cup – State Of Play Ahead Of Mathday Three

There are two possible ways to look at this. They’re either experienced tournament campaigners gradually playing themselves into form, thus saving themselves for the crunch matches.

Either that, or something is fundamentally not working. Examining their three World Cup games so far, one can’t help but veer towards the latter.

Sandwiched in between England’s 6 goals against Iran and 3 against Wales was just over two hours of insipid football.

The game against the USA and first half against Wales were diabolical from an offensive point of view. Credit must be given to the USA, whose effort stopped England from playing. However, you can’t say ‘we’re a good team unless our opponent tries’. This is a World Cup. The Three Lions will come up against far sterner opposition if they progress, and you can bet they’ll try.

Even England’s good moments in the tournament so far have to come with caveats.

In the first game, the Iran players partook in an actual act of dissent by not singing their national anthem. That’s a decision that could place them and their loved ones in danger. Then they lost their first choice goalkeeper to concussion. Iran was never going to be able to get up for that game, and it was easy for England.

In Wales, they faced a team whose cycle has been over for at least two years now. They knew it. Wales knew it too, and two goals in a minute at the start of the second half made it more of a procession than it deserved to be.

This team needs to face a test and pass it to feel like contenders. At the moment, it doesn’t look like it will hold up to scrutiny.