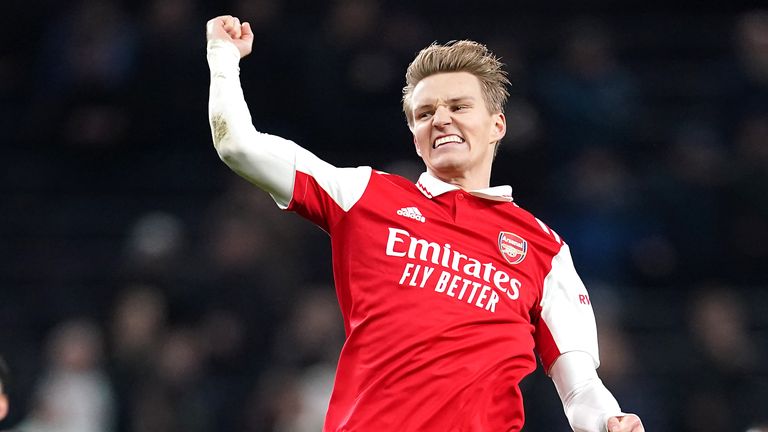 Arsenal secured their first win away at Tottenham since 2014 with a 2 – 0 win at the Tottenham Hotspur stadium.

The assured victory put them eight points clear at the top of the Premier League. It was a statement win in more ways than one.

Arsenal have suffered due to the success of Spurs for the past decade. Spurs took their place as a regular top 4 team and started to beat them as regularly as they lost.

On a weekend when Manchester City lost at Old Trafford, the Gunners further solidified their title credentials. Both teams faced a local derby away from home, both teams needed to win. Arsenal won. City lost.

Mikel Arteta has built the type of team that Arsenal fans haven’t seen for a long time. In fact, there is an entire generation of fans that have never seen a team like this.

This team can go away to Stamford Bridge, to White Hart Lane, and win. This group of players can beat an ailing Liverpool side when they have the chance to.

This group of players openly showboats with 20 minutes left away in a North London Derby. They wind up their opponents, the officials and the opposition fans. They impose themselves in a way that’s irresistible.

Read: What Is Going Wrong At Liverpool And Can They Fix It?

It’s the manner of these big wins that impresses most. They’re not underdogs nicking a narrow win against the big boys. They’ve dominated most games they’ve played this season, no matter who they’re up against.

Arsenal are good. They know they’re good and at this point, injuries are the only thing that can stop them doing something special.