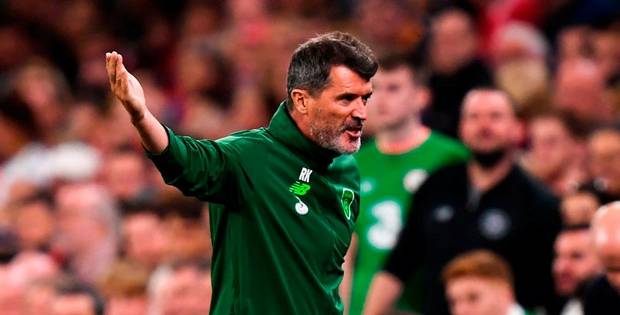 It was a poor performance from Ireland, in a game that was effectively over by the 38th minute. Ryan Giggs’ Wales side displayed their quality from the first whistle, and Martin O’Neill’s men were found wanting.

Ireland recently won in Cardiff during World Cup qualification, but failed to take that confidence into this game. Wales were out of site after 37 minutes thanks to goals from Tom Lawrence, Gareth Bale and Aaron Ramsey.

Welsh defender Connor Roberts scored Wales’ fourth goal early in the second half. Ireland got a consolation goal through Shaun Williams, scoring his first international goal in the 66th minute. However, Ireland were kept at arm’s length for most of the match and Wales comfortably saw out the game.

Wales opened the scoring in the 6th minute. Chelsea youngster Ethan Ampadu, Joe Allen, Roberts and David Brooks were involved. Joe Allen was left in space in the middle of the pitch and picked out Tom Lawrence in behind. Lawrence finished emphatically beyond a stranded Darren Randolph at the near post.

Wales doubled their lead after 18 minutes. Sloppy Ireland play gifted the ball to Ben Davies, who played a 60 yard diagonal pass towards Gareth Bale. The Welsh talisman cut inside Kieran Clark and onto his left foot. He provided a classic Gareth Bale finish and the ball inevitably ended up in the back of the Ireland net.

The contest was put to bed in the 37th minute by Arsenal midfielder Aaron Ramsey. Jonathan Walters lost the ball in midfield and Ampadu found Ramsey in a dangerous position. Ramsey smashed the ball low to Randolph’s left to round off a dominant first half for Wales.

They started the second half as they ended the first, and scored a 4th goal in the 55th minute. Bale drilled a cross along the edge of the box to find Connor Roberts, who controlled and volleyed into the net.

Ireland’s consolation came out of the blue in the 66th minute. Aaron Ramsey lost the ball in midfield, allowing Shaun Williams to drive into the box. He chipped Wales keeper Wayne Hennessey to score his first Ireland goal.

Ireland have two games against Denmark in Dublin, before again facing Wales next month.

For everything you need to know about soccer betting, see our reviews page