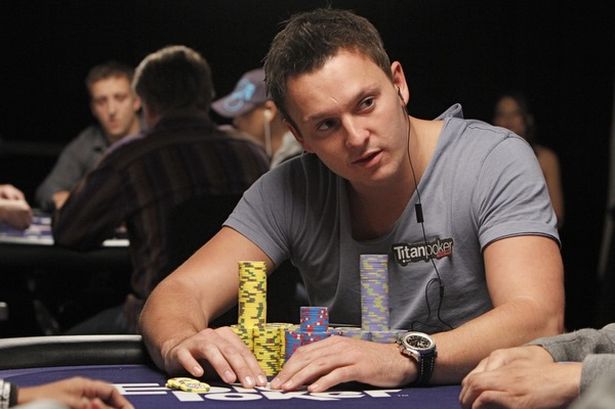 Sam Trickett described to the Daily Star how he quit his scaffolding job to pursue a fortune in poker winnings.

The 32 year old Sam Trickett has won an estimated £30 million in winnings since dedicating his life to poker.

So far, Sam Trickett has played professional poker for 12 years. In his Daily Star interview he described how he ignored the advice of everyone in his life.

He started gambling at the age of 14 by playing pool in pubs. At 18, he was playing poker games for meagre sums of £5. Two years after that, he turned professional.

“I was working as a scaffolder at the time and it was difficult to fit in poker,” he said.

“Eventually I quit work and started playing poker as my job.

“My dad was really anti-gambling at the time. I went broke a couple of times and my bank manager sat me down and told me to stop. It was hard because I knew they’d be right in other situations.

“But I could see there was money to be made because poker is a skill game. I knew in the long run I’d end up with money. I had to go against what everyone said, which did upset my family. It took a while before they understood.”

Incredibly, Trickett had lost as much as £1 million in a single day, and yet kept persevering.

“I’ve lost £1m in a day a few times. If I thought I was going to lose more than that I’d feel uneasy. So when that happens I tend to quit so I don’t lose more.”

Trickett has played in tournament all over the world. Most recently, he competed in the October Party Poker Live Millions event in Nottingham.

Unsure where to play poker online? Check out our reviews section for everything you need to know about the top online poker sites.