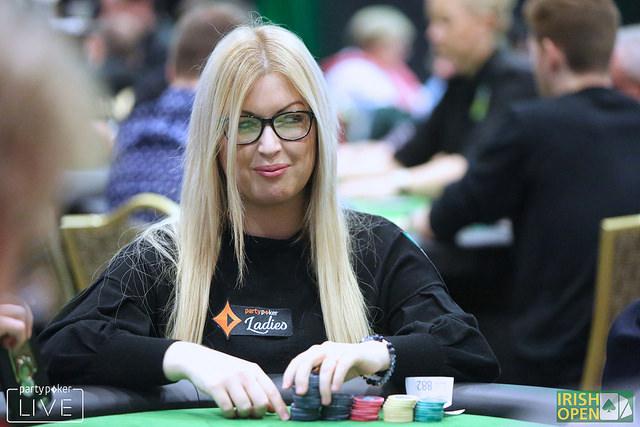 Louise Butler says she wants to encourage more girls to play poker. As well as that, she opened up about her experiences of intimidation to the Irish Mirror.

As Ireland’s first ever female professional poker player, Louise Butler is in a unique position. She has had some big paydays, including winning €44,000 in a single week once.

However, it was always the fun and never the money that drew her to poker. As a result, she wants other women to experience the same thing when they play poker. Now that she has some notoriety, she wants to inspire others.

“What I want is girls to feel comfortable when they play and also know they can do it.

“I think, ‘you can’t be it if you can’t see it’. I was at the Irish Open lately and quite a few girls came over to me and said they had been playing for a while and were taking it a bit more seriously after seeing I was doing well.

“That was nice to hear. I just want girls to feel comfortable and feel good to walk into a room full of guys and not to be intimidated.”

Louise Butler said that most of the time it isn’t intimidating, although there are a few ‘bad apple’s.

Want to know where to play the best online poker? See our reviews section to see the biggest bonuses, tournaments, best websites & more!

“I had a guy last year in Vegas who was being ridiculously rude to me and the rest of the guys at the table stepped in to stop it.

“He was being intimidating and said he had gotten girls to leave the tables before.

“It’s few and far between but if you are the only girl there it can feel a bit overwhelming.”