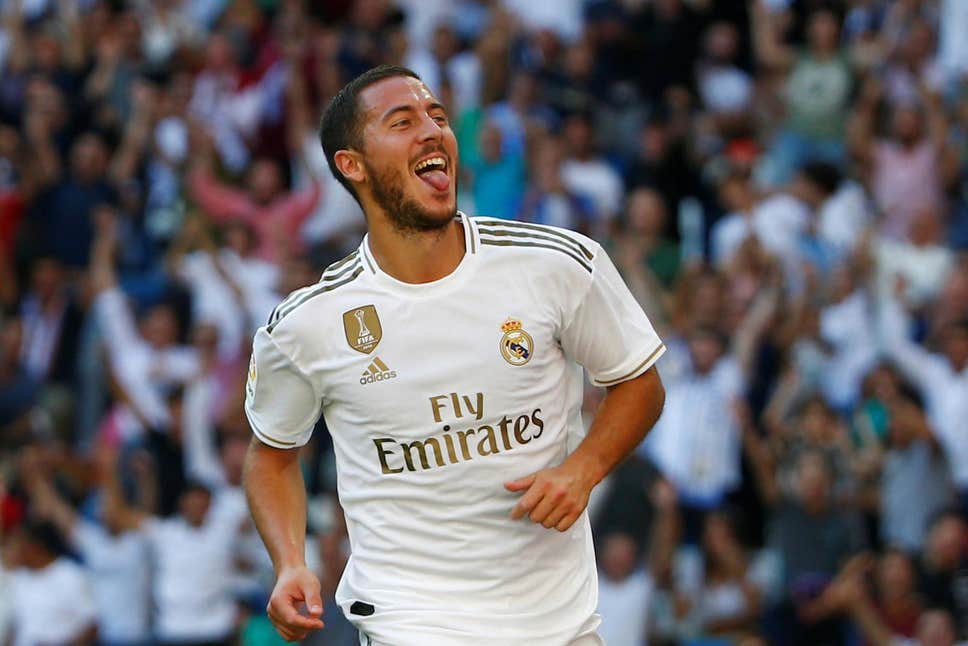 Real Madrid attacker Eden Hazard will benefit from the break in the current season. That’s according to his Belgium national team manager, Roberto Martinez.

Roberto Martinez recently signed a contract extension with the Belgium national team until 2022.

Martinez has presided over Belgium’s golden generation. Former Chelsea attacker Eden Hazard is but one name on a long list of world class Belgian players.

Hazard has endured a slow start to life in Madrid. Injuries have hampered his bid to fill the boots of Cristiano Ronaldo.

Nonetheless, Roberto Martinez has backed Hazard to succeed, saying that he can win the Ballon D’or.

Read: Wayne Rooney Thinks That Football’s Return Is ‘Too Soon’

“Sometimes you need a difficult start at your new club to really give everything you have inside and to understand what a club like Real Madrid means.

“Fans can rest easy, because he will mark an era. There are no players like him, he can win the Ballon d’Or.”

Having undergone ankle surgery in February, the suspension of La Liga came at an opportune time for Hazard. Martinez thinks he will be back to his best when the season resumes next month.

“He is very happy and content amid the concern that we all have as human beings (because of the coronavirus crisis),” he said.

Want to bet on La Liga? See our reviews section for the best betting markets!

“He is in a moment of great joy and all the steps he has taken, from a medical point of view, have been taken in great detail. [With the season extended], now it will be better for him.”

As for the Belgium team, Martinez remains in place for a vital period in its history.

“The next two and a half years will be very intense for our national team, with the European Championship, Nations League, 2020 World Cup qualifying matches and the World Cup in Qatar itself.

“I can only be happy and proud that I can continue working and prepare the future of Belgian football.”