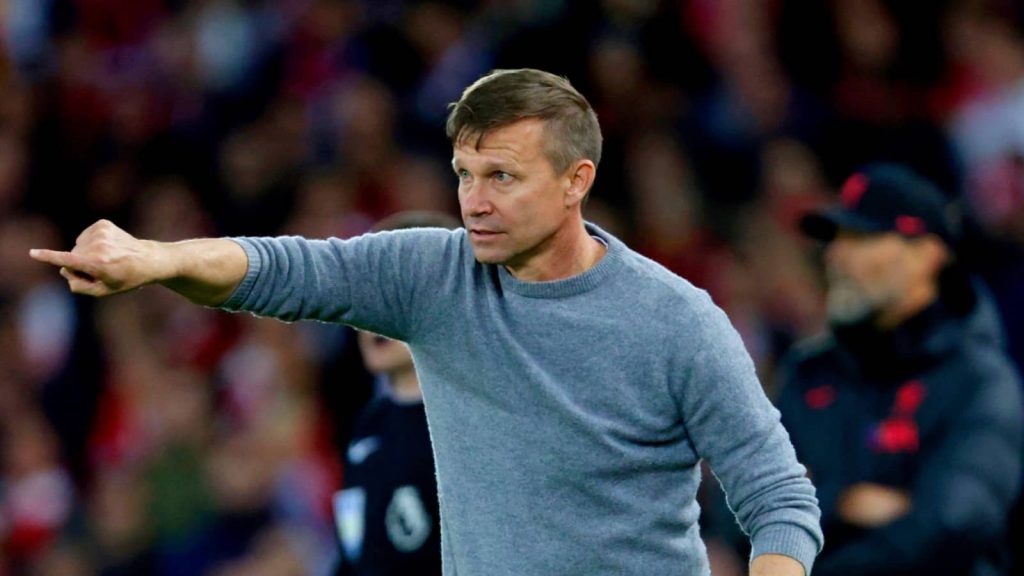 Leeds grabbed a shock 2-1 win at Anfield on Saturday that should provide manager Jesse Marsch with some breathing room.

Before the game, Jesse Marsch was the bookies’ favourite to be the next Premier League manager to lose his job.

Even the inspiring last minute-win over Liverpool leaves them just three points off the bottom of the table.

However, as Jesse Marsch insists, they haven’t performed that badly. They’ve even had some other impressive showings against the top team in the league.

Read: What If The Title Window For Arsenal Is Now?

They beat Chelsea 3-0 early in the season and were unlucky to lose 1-0 to Arsenal last week. Their problem is they haven’t turned up against the teams in and around them.

As a result, they were eight games without a win and had lost four straight heading into the Liverpool game. You can tell Marsch was feeling the pressure due to how defensive he became with the press.

He bemoaned not capitalizing on games where they were on top and, interestingly, referenced that Leeds’ underlying statistics are good.

Managers don’t talk about things like that in the press, instead preferring to mention injuries or officiating. Football clubs should of course be aware of things like underlying performance metrics. However it was still unusual to hear Marsch reference it.

He doesn’t seem to have lost the dressing room. The celebrations at Anfield would indicate the players like him, so the only thing he’s missing is results.

According to Leeds journalist Phil Hay, Marsch will have another opportunity to secure some results. According to Hay, the Leeds hierarchy are keeping faith with the American coach, at least for the next two games.

“The club have said, ‘he is our man, we are sticking with him, we are standing by him’. [But] it still felt as if there was going to have to be something in this two-to-three-week period. Particularly in the league games between Liverpool, Bournemouth and Tottenham, it felt as if something had to materialise.”