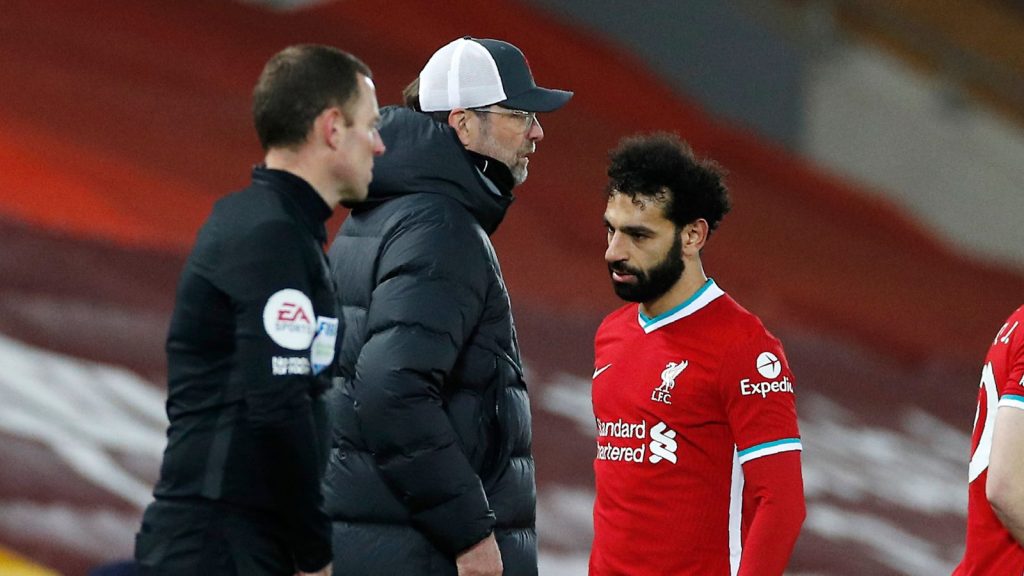 Things went from bad to worse for Liverpool when they lost 2-1 at home to relegation-threatened Leeds United on Saturday.

It was the first time Virgil van Djik has lost a game at Anfield. Without reading too much into symbolism and superstition, it speaks to a team running on fumes. It was also their second consecutive defeat to teams at the bottom of the table.

It appears their 1 – 0 win over Manchester City was not a return to form but an aberration. In fact, Liverpool’s 16 points from 36 so far this season is the same record they had under Roy Hodgson in 2010.

Read: Leeds Putting Their Trust In Jesse Marsch, And The Numbers

It’s clear that Liverpool are not in the running for the title. Their objective for the season is now to secure a Champions League position for next season.

The fact they even appear in the latter two categories tells it all about how it’s going on Merseyside this season. Much has been made of the fact that Klopp’s previous two teams collapsed in his 7th season – the point he is currently at with Liverpool.

However, the strains on the squad are probably a more accurate reason why they’re not at their best. Liverpool aren’t Man City. They can compete with City by being efficient, and having a team greater than the sum of its parts.

Read: What If The Title Window For Arsenal Is Now?

If Klopp is going to navigate this transitional phase, Champions League football is all important. He’s qualified for the competition in all 6 of his full seasons at Anfield, and that consistency has allowed him to build a competitive team.

With unrelenting competition, it is vital for Klopp’s Liverpool to remain at the top table.