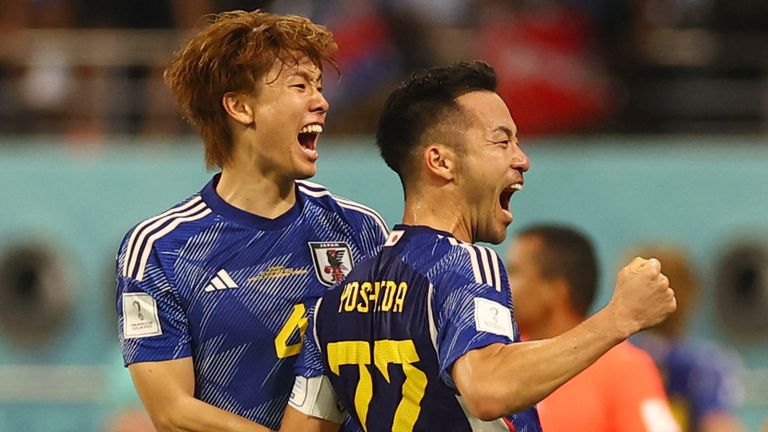 Japan caused an upset by coming from behind to beat Germany 2-1 in the World Cup Group E opener.

The game was a classic of the ‘dominant team fails to take their chances and gets punished’ genre. With 26 shots to Japan’s 12 and 74% possession, Germany had ample opportunity to win the game.

Germany appeared to want to score a little too much, often playing frantically in the Japan box. Ilkay Gundogan in particular had a poor night in front of goal, taking shots that weren’t on when his teammates were free.

Although Germany took the lead with a penalty on 33 minutes, Japan were never out of the game. The Germans’ hurried attacking play failed to find a second goal and a disallowed second galvanised Japan, who made a host of changes at half time.

Japan equalised through Ritsu Duan on 75 minutes and eight minutes later, they were ahead. Takuma Asano’s winner on 83 minutes was a thing of beauty.

A free kick from Japan’s defensive third was pinged over the top to Asano, who had space on the right wing. At first, it appeared he would be offside and from then, the wondrous goal unfolded.

Oh no, he’s onside, he could be in here. He wrestled with the German defender as he drove into the box, the angle for a shot growing ever narrower.

Asano held onto the ball until the very last second, until the chance had nearly gone, before smashing it past Manuel Neuer no less.

It’s the first time Germany has lost consecutive World Cup games in their history after group stage defeat knocked them out in 2018.

To complicate matters further, Spain announced their candidacy with a resounding 7-0 win over Costa Rica in the other game. Germany play Spain next, knowing they need to turn up or face group stage elimination again.

Japan meanwhile have given themselves an exceptional platform to qualify for the knockout stages. Win against Costa Rica and they will be in pole position.