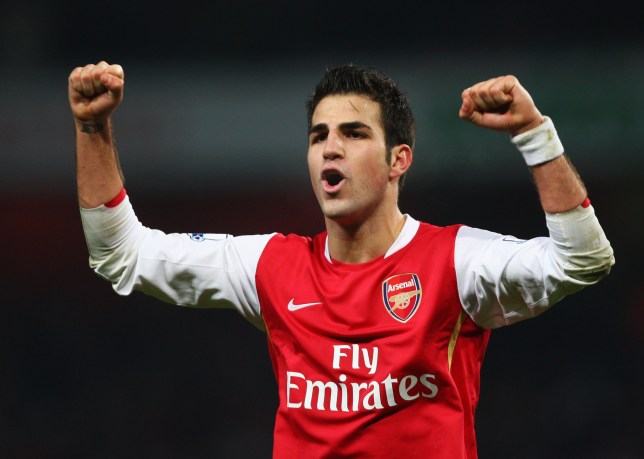 It’s no exaggeration to say that the story of Cesc Fabregas and Arsenal is a love story. Like all good love stories there are highs, lows and unanswered questions.

When Cesc Fabregas left Arsenal for his hometown Barcelona in 2011, it represented the crumbling of a beautiful dream. Arsenal moved into the Emirates in 2007, and to offset costs, they invested in a group of young prodigies, led by Fabregas.

Those young guns were supposed to grow up and flourish together, but it fell apart piece by piece. Arsenal fans have never quite gotten over it, and many yearn to know how the Gunners went from the cusp of greatness to also-rans.

Was Arsene Wenger too soft on his players? Why was there a litany of missed transfer targets when the team was genuinely one or two players away from being complete? Why didn’t Arsenal re-sign Fabregas when they had the chance in 2014?

Nine years after leaving Arsenal, Cesc Fabregas answered the fans questions for the first time when he spoke to Arseblog

Arsenal’s transfer policy in the 2007 – 2012 era will go down as history’s most aspirational failure. Arsenal have a self-sustaining model, and as an institution it values fiscal responsibility and doing business ‘the right way.’ Arsene Wenger in particular was, at least publicly, philosophically opposed to the wild spending that took place in football.

While their Premier League rivals upgraded their squads yearly, Arsenal kept their hands in their pockets. When Arsenal finally started spending money on players, the transfer market inflated beyond belief, rendering it too little, too late.

It was a policy that left Fabregas, Samir Nasri and Robin Van Persie without the platform to reach the heights they seemed destined for. One player Fabregas was desperate to play alongside for Arsenal was compatriot Xabi Alonso. Arsenal reportedly came close to signing him from Liverpool, and Fabregas revealed that Alonso was ‘begging’ to come to Arsenal.

Arsenal didn’t make the deal happen, in what was a typical lack of ambition to take that final step when they were so, so close.

“I was on the phone with Xabi the whole summer,” Fabregas said. “He was dying to come. He was literally begging everyone to go to Arsenal.

“I did my best, I spoke to who I had to speak to, I gave my opinion, I thought that he was a fantastic addition to us at that time.

“I have to say that a couple of times like that I was frustrated with the lack of push, that final push.”

Read: Arsenal Exposed to Coronavirus – What Does This Mean For The Premier League?

It was this frustration that ultimately caused Fabregas to give into the lure of his beloved Barcelona, and leave Arsenal. Since, Fabregas has said that Arsenal is the club he truly loves, and he could have rejoined them when he left Barcelona in 2014.

When Arsenal sold him, they negotiated a clause that would allow them first refusal on Fabregas if Barcelona sold him. However, they didn’t take up that option, and he joined Jose Mourinho’s Chelsea and won the Premier League.

“The clause was that once I decided to leave, that Arsenal will have the first option before any other club. And I couldn’t speak to any other club for one week until Arsenal made a decision,” Fabregas said.

“My agent Darren Dein spoke to Arsene, and he didn’t give him an answer. We had to wait one full week to see if Arsenal responded. This was my first option. In my mind, I’m telling everyone that I’m going to Arsenal. This is what I want. Arsene, Gazidiz, nobody said anything for a week.”

Want to bet on the Premier League? See our reviews section to find the best betting markets!

One criticism levelled at Arsene Wenger during this period was that he was too protective of his young players. There was an apparent lack of accountability in the squad, and fans wondered why Wenger didn’t answer poor performances with some tough love.

Wenger’s calm, nurturing nature is what allowed him to develop so many great players. However even Fabregas, one of his most successful protogés, says that he should have been angry with them more often.

“I think he just didn’t like to kill a player.

“He played a lot with the mental aspect of the game and he knows a player like Thierry Henry or Patrick Viera are so strong mentally, he doesn’t have to tell them anything. In others, maybe he was a bit afraid that if he told them something they would collapse.

“Arsene had his way and you cannot say it was a bad way, because of how successful he’s been everywhere he’s been.”