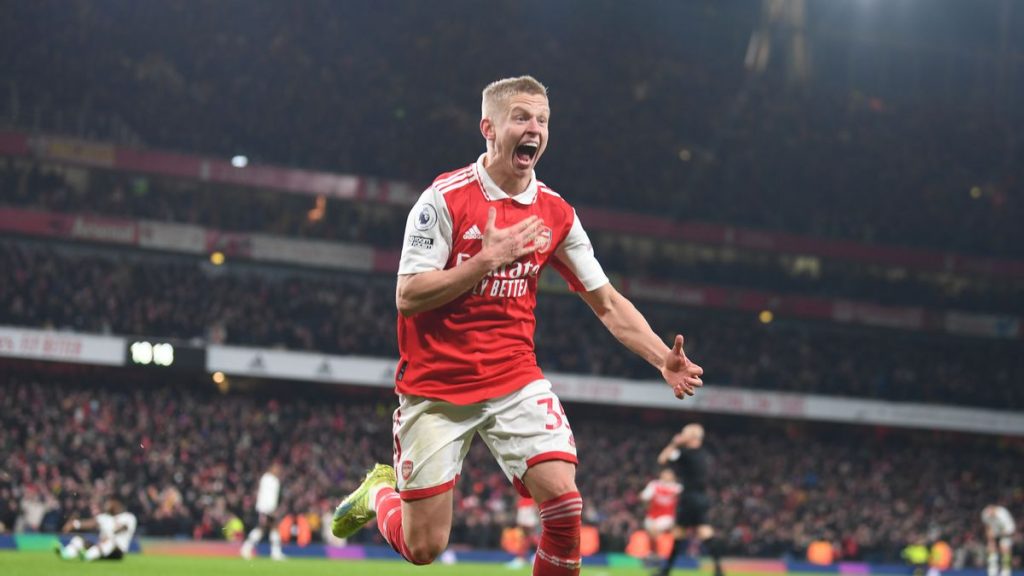 In recent years there’s been a sense of ennui, sadness even, when Arsenal and Manchester United face each other.

A dormant rivalry between two sleeping giants seemed to have lost its lustre, its jeopardy and importance. The Premier League’s notoriety was built largely upon the competition between the two teams when they fought for the title.

Over the past decade the clash has been between two underachieving teams. 7th in the table VS eighth. Two teams going nowhere competing for nothing.

Sunday’s game at the Emirates was probably the most perilous game between Arsenal and Manchester United in over a decade. Arsenal leading the league and United right up there with them and City. Boy, did it deliver.

Arsenal stole all three points in the 90th minute with an improvised finish from Eddie Nketiah. In truth, they deserved to win having dominated the game in all aspects.

Manchester United made them fight for it though. They took the lead through a glorious Marcus Rashford strike which asked questions of Arsenal’s resilience.

As they have done so many times this season after conceding, Arsenal responded within minutes. Nketiah finished with a smart header but the goal had been bubbling under the surface for a few minutes.

Arsenal just kept winning the ball, kept probing, kept pinning United back. Eventually they were able to work the ball into a crossing position and equalise.

In the second half, a glorious Saka strike from long range was cancelled out by a Martinez header, 2-2. This is when Mikel Arteta’s team really put the pressure on. Like their response to going a goal down, the Gunners pushed United further and further back until they were on the ropes.

A winner felt inevitable, and when Nketiah scored in the 90th minute, United were defeated. Arsenal move on in the title race while United’s recent resurgence is somewhat curtailed.

It was a game of incredible quality between two teams who finally have their act together again. It’s only halfway through the season, but the signs are good so far for both sides.