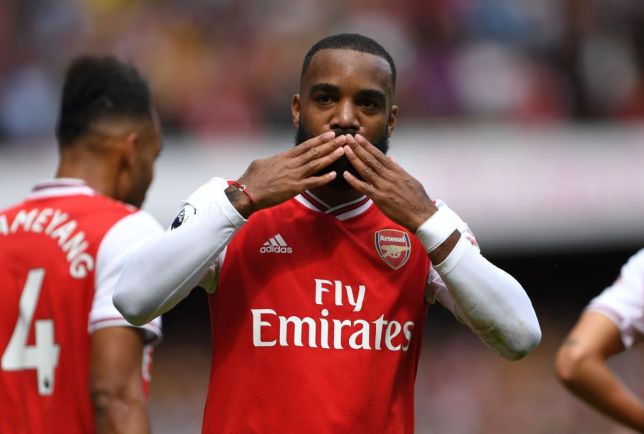 Arsenal striker Alexandre Lacazette has declared that the best of him is yet to come in the Premier League.

Alexandre Lacazette was briefly Arsenal’s record signing after his £52.5 million move from Lyon. Since then, he has struck up a friendship with Pierre-Emerick Aubameyang and the pair have become the personality of Arsenal.

While Lacazette won’t score as many goals as Aubameyang will, he has become a firm gunners favorite. This is due to his tenacity and his clear improvement and adaptation to the Premier League since his first season.

Read: ‘Action’ Anthony Alberto – Poker Is About Having Fun

Alexandre Lacazette (28), has become more physical and intense. His link up play and defensive work are just as vital to his team as his goals are.

However, he is a pure striker, and when he spoke to Canal + over the weekend, he spoke about scoring more goals.

“The Premier League has not yet seen the best Lacazette,” he said.

“It has seen some very good, but not the best. I can score more goals and be more consistent.”

So far, he has scored 37 goals in 89 games for Arsenal. He is not quite prolific, but has a knack for scoring big goals. He has scored against Tottenham, Man UTD, Chelsea, Manchester City and Liverpool.

As well as that, his determination often earns him goals that he should perhaps not have scored. It is this quality that earned him the Arsenal Player of the Year last season.

Unsure where to bet on the Premier League in 2019/2020? Check out our comprehensive reviews section to find the best site for you!