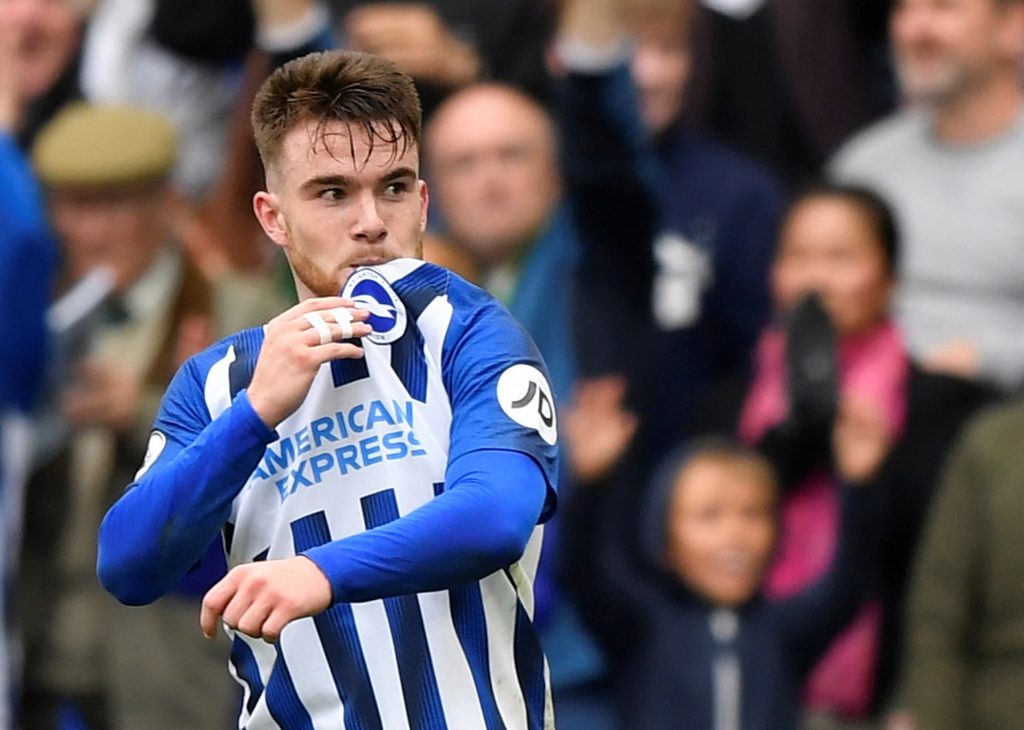 Aaron Connolly will miss the Republic of Ireland’s vital EURO 2020 qualifier against Denmark on Monday.

The Brighton and Hove Albion striker has pulled out of international duty with an injury he sustained against Manchester United.

Aaron Connolly injured his groin during the 3 – 1 loss on Sunday and was taken off at half time. He underwent a scan, which confirmed that the severity of the injury would cause him to miss the Ireland game.

Manager Mick McCarthy, who was previously cautious about handing Aaron Connolly his debut, acknowledged that Ireland will miss him. It’s a combination of Ireland’s need to win and Connolly’s rapid rise to prominence, and a testament to how highly he is regarded.

“Our team doctor Alan Byrne has spoken to the Brighton medical team and had a look at the scans [which] have confirmed the groin injury and Aaron won’t be ready in time,” said McCarthy.

“The Georgia game, his cameo appearance was by far better than his other appearance in Switzerland, but that could be said of all of us,” he said.

“But you can see what he brings in those 12 or 15 minutes, when he came on [in Georgia]. He’s really added something to the squad.”

Connolly has two goals to his name this season – the two he scored against Tottenham to announce himself.

If Ireland win against Denmark in Dublin, they will guarantee qualification for EURO 2020. Connolly’s Brighton teammate is expected to play the game.

Want to bet on the EURO 2020 qualifiers? See our reviews section to find the best odds and most attractive markets!

At this point, Ireland and Denmark will be sick of playing against each other. However, it will all be worth it for Ireland if they win and qualify for Euro 2020. They are 5/2 with Paddy Power to triumph in Dublin.