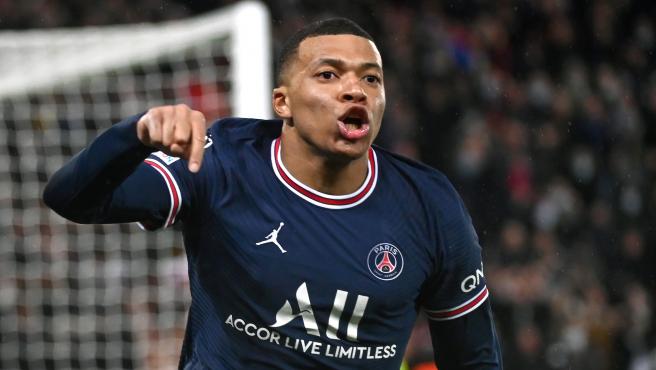 Kylian Mbappe is on the verge of leaving PSG six months after signing a new three year deal, reports suggest.

French football expert Julien Laurens claims Kylian Mbappe feels he made a ‘mistake’, and could leave as soon as January.

Kylian Mbappe has been humming and hawing over his childhood dream to sign for Real Madrid for years now.

Every time it looks like he’s set to graduate from Ligue 1, he does a u-turn and stays in Paris.

Read: Do Manchester City Have A Genuine Challenger This Season?

“We knew there were tensions and now he has made his mind up and he doesn’t want to be there. He feels he made a mistake by extending his contract and he should have left in the summer, now he is looking at the January transfer window at where he could go.”

It seems odd to say a World Cup winner still has to prove himself, but he does. He can dominate Ligue 1 easily, but the football world is waiting for Mbappe to ascend to one of the established elite.

With counterpart Erling Haaland flourishing at Manchester City, perhaps Mbappe feels like the time is right for him to move to a tougher league.

The 23 year old has won 11 trophies with PSG, including four league titles. He has scored 12 goals in all competitions so far this season.