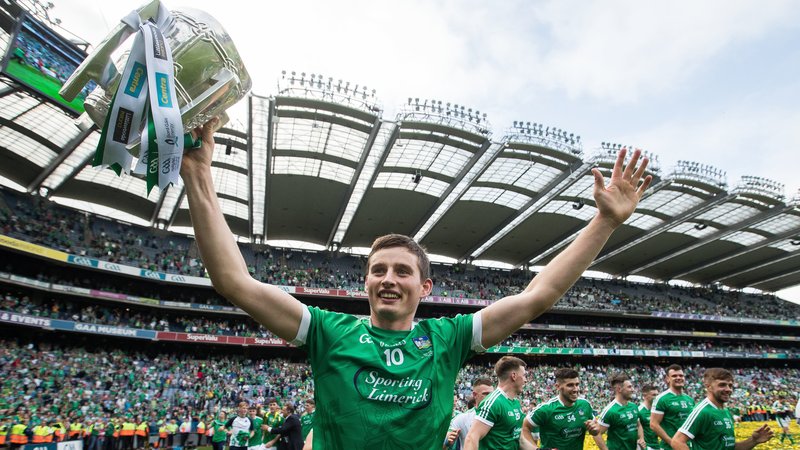 The victorious Limerick hurlers brought the Liam McCarthy Cup back to Limerick City last night to much jubilation.

Limerick won the All Ireland for the first time since 1973 and returned to 90,000 fans on their homecoming.

There were scenes of joy in the city and the Gaelic Grounds last night following Limerick’s dramatic win over Galway.

Captain Declan Hannon told RTE that the All Ireland win was a “dream come true”.

Read: Unai Emery has Work to Do but Needs Time

“It was unreal to see so many happy faces: young and old and everything in between,” said Hannon.

“Even at the train station there was a massive crowd outside.

“It’s a great atmosphere here. It’s great for Limerick as a city and county.”

Hannon paid tribute to the Limerick supporters who always support their team through thick and thin.

“Whether it be hurling, football, soccer, rugby, whatever it is, they’ll always turn out. Good days, bad days, they’re always there for us.

“It’s great to be able to share this moment with them.”

Shane Dowling came off the bench in the final to score the vital third goal for Limerick. His father, a Na Piarsaigh stalwart since the club’s foundation in 1968, was in the crowd that greeted the team.

Dowling said that the reaction of his father brought home what a huge achievement winning the All Ireland was.

“I can’t even think of what I’m saying to you it’s so loud,” said Dowling

“Outside the Gaelic Grounds, I came across my parents standing on the wall, hand in hand, and saw tears roll down my Dad’s face.

“As far as I was concerned I would say ‘job done’.”

For everything you need to know about betting on Gaelic Games, see our comprehensive reviews section.