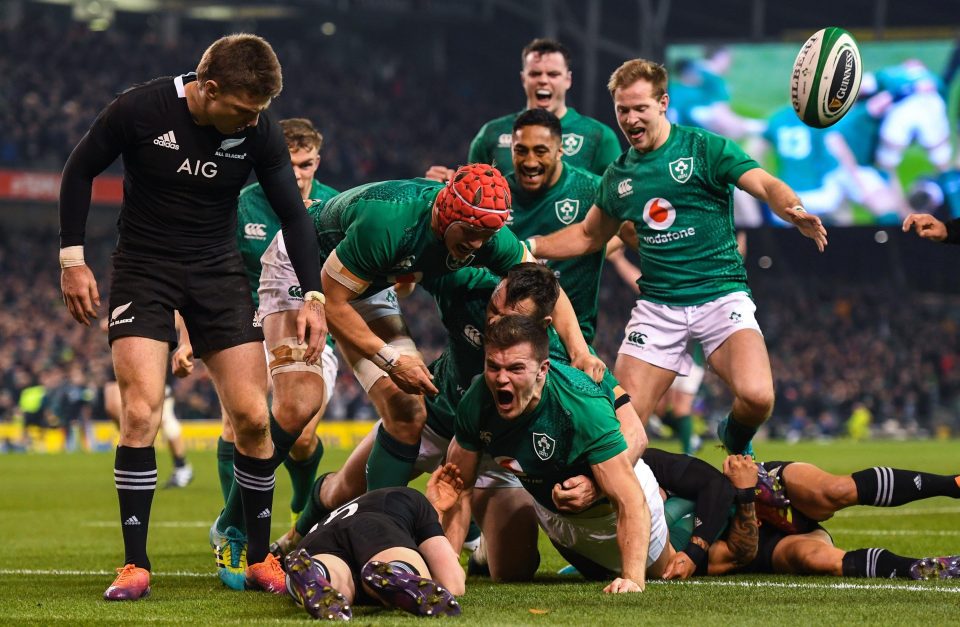 On Saturday, Ireland beat New Zealand at home for the first time and the second time in history. Ireland manager Joe Schmidt said after the game that Ireland must now improve further ahead of the World Cup.

Ireland triumphed over the All Blacks 16 – 9 in a frenzied match at the Aviva Stadium. The instant classic game was decided by Jacob Stockdale’s second half try.

The Ulster player scored the try early after the restart and after Johnny Sexton’s conversion, Ireland led 16 -6.

It was just reward for an outstanding first half performance in which Ireland matched New Zealand blow for blow. The boys in green saw out the result despite huge second half pressure from the All Blacks.

The world media have declared Ireland the best team in rugby and the favourites for Japan in 2019. However, Joe Schmidt was more grounded.

“I think you’ve got to keep getting better,” said Joe Schmidt. “If we don’t get better than that I know the next time we play the All Blacks, they will be.

“England have turned the corner as well, they were unlucky against New Zealand (last week).

“Maybe not the final result, because of the way New Zealand fought their way back into it – but that 15-0 start, that was phenomenal what they built at the start there.

“So, you know, there are always going to be teams that are coming up and making it tough for you.

“We do live in a bit of a bubble, we manage our own expectation.

“We want to be as good as we can be, so we try to create our own expectation.

“We’ll benchmark Saturday night and say: ‘Can we reach that again? Can we make sure that we deliver at that level?’.

“Now, you might deliver that again and an All Black team might beat you because of the chances that they created on Saturday – they might take one or two or three of those.

“But you know you’re in the ballpark, you know you can foot it with the big boys when you can eke your way through an arm-wrestle like that.”