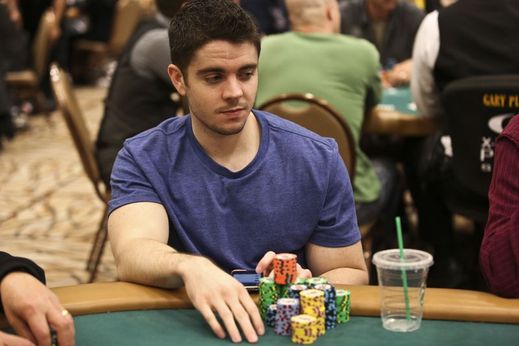 Ben Tollerene says that the inaugural British Poker helped him to rediscover the ‘buzz’ he gets from playing the game.

Winning over a million dollars isn’t a bad way to clarify what you believe in. For Ben Tollerene, the excitement of poker is second to nothing, despite his doubts over whether his still enjoys it.

Ben Tollerene has won $9.5 million in live tournaments and over $12 million in online poker victories.

He won the final event of the British Poker Open for $840,000, taking his total winnings for the event to over a million. After sealing the second-biggest prize of his career, he spoke to Poker Central about his conflicting feelings about the game.

“I hadn’t played a lot of poker since Baha Mar and November. I actually came here to see my friends and enjoy being in London. I grew a little bit tired of playing.

“I noticed when I won I didn’t care that much and when I lost I would be upset. And I think that’s a bad sign.

“I thought I’d come here, see my friends and maybe I’ll if I enjoy the tournaments, maybe I’ll start playing again. That was kind of my thought process.”

Want to play poker online? Check out our comprehensive reviews section to find the best site for you!

From his comments, it sounds as if Tollerene was waiting for another vocation to tempt him away from poker. However, like many pro players, he just couldn’t keep away.

“I thought that something would jump at me and it would be exciting. But every time I go for that, poker’s just so exciting and so adrenaline-producing and such a cool job that everything [else] feels kind of flat by comparison, for me at least.”