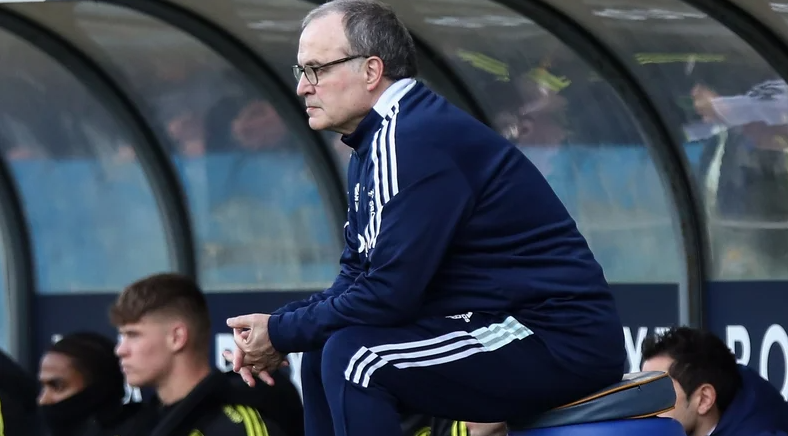 Marcelo Bielsa is in line for a return to the Premier League with two teams reportedly trying to recruit him.

The former Leeds United manager is in talks with Bournemouth, according to the BBC. Ironically, after defeating Everton twice a week, they could face competition for Marcelo Bielsa from the Toffees.

It’s something of a new era in Bournemouth with Bill Foley’s takeover expected to be completed soon. Marcelo Bielsa would be their first permanent manager since Scott Parker was sacked early in the season.

Read: Messi May Have Last Laugh As Cristiano Ronaldo Explodes

Everton are 17th in the league and have only scored 11 goals all season, the joint-lowest. Faith in Lampard’s ability to turn it around appears to be waning on Merseyside.

Marcelo Bielsa is revered in Leeds for the work he did to help them finally get promoted back to the Premier League.

Before he arrived in 2018, Leeds had finished mid-table in the Championship in six of the previous seven seasons. He led the team to a 9th place finish in their first season back in the top flight. Although he was sacked in February as a result of poor form, he is still regarded as one of Leeds’ best ever managers.

His experience will be incredibly appealing to both Everton and Bournemouth. Bielsa has also managed in Ligue 1, La Liga, Serie A, the Argentine Primera Division as well as managing the Chilean national team.

This outclasses the pedigree of Frank Lampard, who was fast-tracked into top level coaching due to his status as a former player. Equally, Bournemouth have been getting by with interim Gary O’ Neil, who has never managed before.

It’s difficult to ascertain which would be the better fit for Bielsa only to say that Everton may be a poisoned chalice. The club has appointed a number of glamorous managers in recent years but failed to progress. As a less historic team, Bournemouth may have a bit more of that ‘plucky underdog’ vibe that Bielsa thrives on.

Either way, his return to England would be welcomed by most observers of the Premier League.