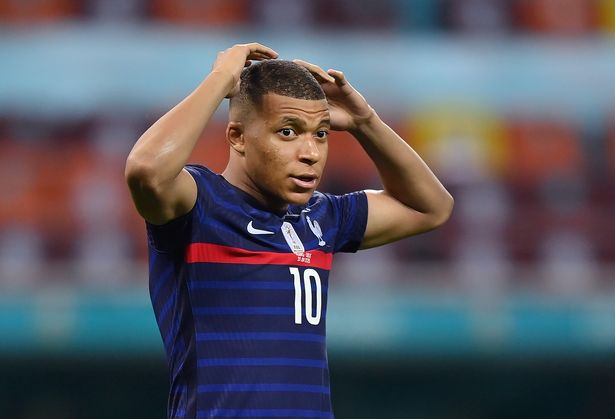 France’s surprise Euro 2020 Round of 16 elimination was the culmination of a tough year for star striker Kylian Mbappe.

A spirited Switzerland came back to draw 3 – 3 and defeat France on penalties on Monday. Kylian Mbappe was the only player to miss a penalty.

As well as that, Kylian Mbappe failed to score a goal in the tournament. A litany of missed chances, an argument with Olivier Giroud and a lone assist for Karim Benzema are all he has to show for his Euro 2020 campaign.

The disappointing tournament comes off the back of a season where PSG failed to win Ligue 1 against all the odds. It’s a far cry from 2018 when a teenage Kylian Mbappe was scoring in France’s World Cup Final win.

In the Euro 2020 fallout, Mbappe’s parents have (somewhat incredibly) been involved in a spat with Paul Pogba’s parents. As well as that, news has broken that Mbappe will not extend his PSG contract.

This means he will become a free agent at the end of next season. It has always been assumed Mbappe would move to a superclub in one of the big leagues once he was finished developing as a big fish in the Ligue 1 pond.

Real Madrid are often mooted as the final destination. He’s certainly the kind of galactico Madrid would go for, but is now the right time?

Even if a struggling Madrid could scrape together the money to acquire Mbappe, they certainly couldn’t afford to build a team around him.

Additionally, Real Madrid is even more of a basket case than it normally is at the moment. For a player of his quality and price tag, there are only a number of options. Manchester City, Manchester United, Juventus and Barcelona are the most likely. The fact he will be a free agent might open the door for the likes of Bayern Munich, Chelsea and Liverpool.

The potential next best player in the game is on the move, and the football world holds its breath to see where he will land.