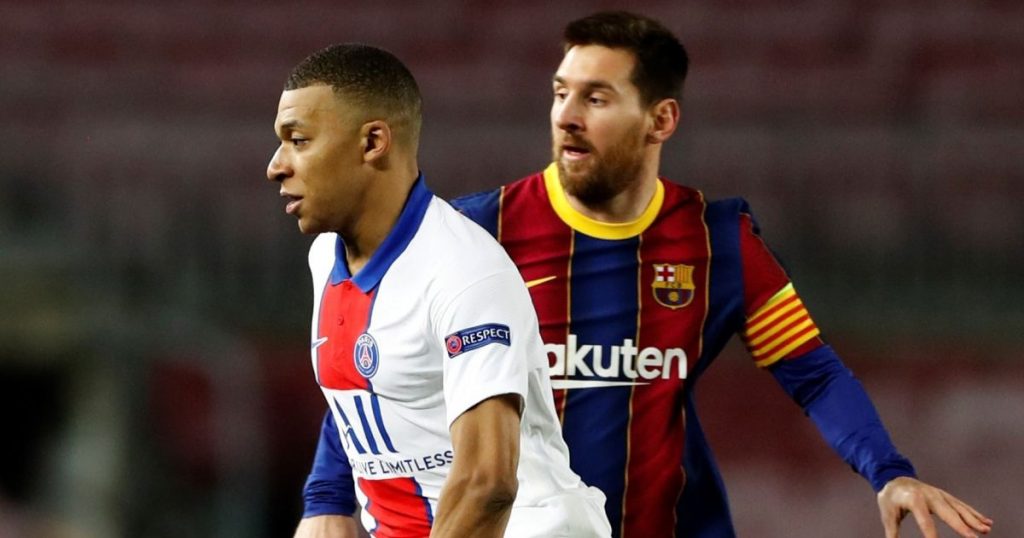 Kylian Mbappe scored a hat-trick as PSG ran out 4 – 1 winners against Barcelona at the Camp Nou on Tuesday.

Lionel Messi opened the scoring with an emphatic penalty, but Barcelona’s lead was short lived. Mbappe latched onto a Veratti flick in the box, controlled the ball and lashed in the equaliser with his left.

Messi, as is increasingly the case, found that he couldn’t do it all on his own. He laid on chances for Dembele and Griezmann, but neither could finish.

An open first half ended even, and PSG took control of the game in the second. Kylian Mbappe scored his second after a deflected Florenzi cutback.

Read: PSG Have The Edge Over Barcelona In The Champions League

Moise Kean made it 3 – 1, heading in from a free kick. That’s when Kylian Mbappe truly began to terrorize Barcelona. His hattrick at the Camp Nou seemed an inevitability.

It came late in the game following a breathtaking PSG break. Julian Draxler drove forward and delayed the pass perfectly. Mbappe finished with the most emphatic, inside of the right foot rocket into the top corner you’re ever likely to see, crowning an electrifying performance.

That he did it on the very same pitch that Lionel Messi has illuminated for so long seems poignant. If PSG are trying to sign Messi in the summer, you would have to ask why. When they have Mbappe, and Messi is 33?

That he scored his first goal by turning Gerard Pique inside out won’t be lost on Barcelona fans, who are watching their dynasty crumble.

Both Pique and Sergio Busquets were hauled off, although it was too late for it to make a difference. If Messi wasn’t Messi, Ronald Koeman would probably have taken him off too. Barcelona’s spine is ailing, and they are all but out of this year’s Champions League.