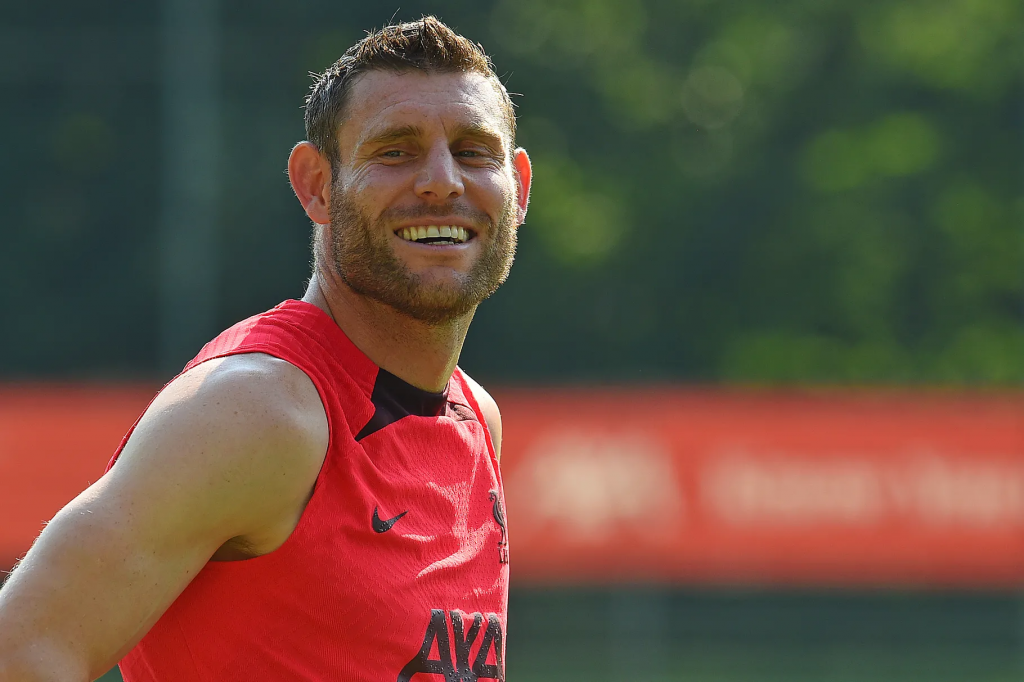 James Milner has highlighted the Liverpool fanbase and experience of the squad as key reasons for signing a new deal.

James Milner, who enters his 21st season as a Premier League player, had been the subject of rumours of a move to Leeds.

However, he says he always wanted to stay another year, even after the whirlwind of last season.

Liverpool came two games away from an historic quadruple. Somehow, a season that ended with two trophies felt like a disappointment.

Liverpool weren’t let down by their fans, who showed them an outpouring of love at their end of season trophy parade.

It wasn’t just a celebration of the season just gone, but of the Premier League title they never got to celebrate together. That title feels like a long time ago now, and this Liverpool team goes all the way back to that.

“I think the part of the season we were in there were so many games and such big things, it is a big decision and something you don’t really want to take at that time,” James Milner said.

“It was something I didn’t really think about too strongly until the end of the season.

“Speaking to the club, they were happy with that. It was always my preference to stay. Then you see the reaction of the fans [after the Champions League final] on the parade and the support we get. It was a special day and shows what the club and the city is all about.”

“I think it’s the same every season, it’s always tricky,” Milner added. “It’s the same for every team and it’s never easy. It’s a new season, you’re not going to go in knowing exactly where you are. All we can do is what we’ve done every year: work as hard as possible.

“It helps, the group we’ve had. We’ve been together a long time, with a few additions obviously, been through pre-seasons before, we’ve been through ups and downs; we’ve won trophies, lost trophies. That definitely helps going into a new season.”