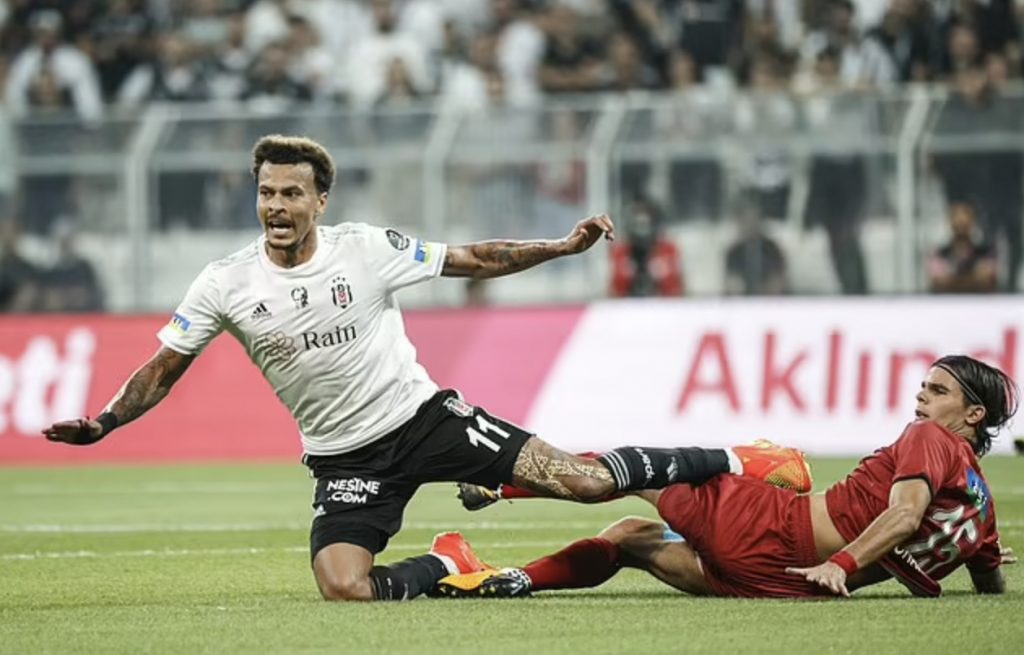 Midfielder Dele Alli has been praised by the Turkish media following his eye-catching debut for Super Lig giants Besitktas.

Monday night’s win over Sivasspor featured some classic Dele Alli moments. He showed some spark and attacking intent on the ball and even nutmegged one of his opponents.

However, this will be all too familiar to fans of the Premier League. It must be remembered that Monday was just his third start in 2022. As well as that, his three starts this year have come for three different teams.

Read: Graham Potter Is The Next Top English Manager

Dele Alli will be keenly watched in Turkey as he attempts to rehabilitate his career. After falling out of favour spectacularly at Spurs and then failing to impose himself at Everton, many are wondering how such a talented player could fall away so quickly.

His well-reported lax attitude to training and preparation is undoubtedly a factor, but he’s also been the victim of circumstance. In a way, he rose to stardom too soon.

The difference between being a rising young star in the lower leagues to a fully fledged Premier League footballer is stark. Before he joined Spurs, Alli would have been getting individual coaching.

In the Premier League, it’s all about the team. In his early days under Mauricio Pochetiino, he was able to utilize his supreme talent. However, he probably never had the chance to work on the flaws in his game, making him rather limited as a result.

Read: Are The Cracks Beginning To Appear At Chelsea?

It’s hard to find a position for Alli. He’s not a midfielder, and he’s not a striker. He works best as a sort of auxiliary forward making second man runs and using his attacking talent to impact games.

In Mourinho and Conte, he had two coaches whose style of play didn’t accommodate a player like him. By the time he moved to Everton, he appeared to have lost all his motivation.

There are plenty of examples of players who have gone to fringe leagues and returned to be successful in England. Just look at Nicolas Anelka, so it’s not over for Dele Alli yet. However, he’s running out of chances, and little flashes of skill here and there won’t be enough to convince anyone.